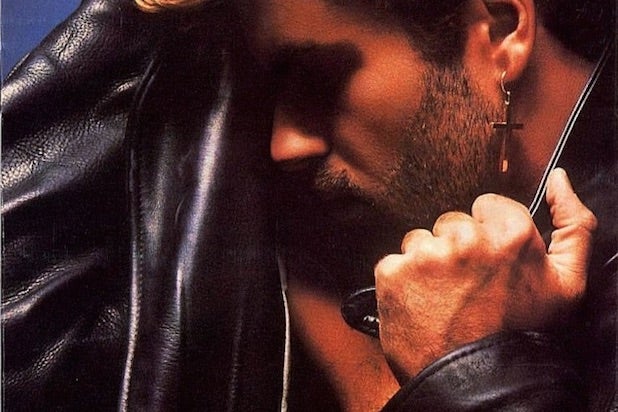 In many ways, George Michael was the quintessential MTV-bred ’80s pop idol. He looked every inch a star, his videos were stylish and his music was pretty irresistible.

But let’s face it: If you came up in an earlier rock ‘n’ roll era, it was hard to completely embrace him without feeling uncomfortable.

Standing in the way were several factors: that background in Wham!, a teen-bait combo with lots of hits and very little credibility (though the ballad “Careless Whisper” helped change that a bit); that immaculate stubble, clearly and self-consciously calculated to make him appear more serious; and those early videos that were totally cringeworthy, except to the massive audience they were aimed at.

When he put out his first solo album, “Faith,” at the end of 1987, I wrote a cover story on him for Rolling Stone. I felt compelled to open the piece with a dose of skepticism: “A lot of people hate him. He knows this. He is, it seems, too perfect, too prefab, too blatantly pop to take seriously … “

I spent a few days with Michael in London and New York to write that story, and found an amusing, engaging man who was also single-minded in his pursuit of the attention that he felt his music deserved.

He might have been right about “Faith,” a state-of-the-art collection of contemporary dance-pop. And the accuracy did slightly diminish his charming arrogance, which he never really made any attempt to hide.

We finally finished dinner just before midnight, and he offered me a ride to my hotel, playing “The Girl From Ipanema” and then a Janet Jackson remix album on the sound system in his black Mercedes sedan.

We got stuck in a huge traffic jam near Piccadilly Circus, slowing to a crawl as we inched past the flagship Tower Records store. Michael nodded with a frown toward Tower’s windows, in which many of the most notable new releases were featured.

“I was supposed to have one of these window displays,” he said, “but I don’t.”

Perhaps, I offered, his display was on the other side of the store?

“No,” said with a laugh. “I drove by and looked the other night. I’m one of those artists who checks those things.”

And so he was. Michael, who died on Sunday at age 53, was a fine singer and a craftsman capable of a string of pop gems — “Careless Whisper,” “Faith,” “Father Figure,” “Jesus to a Child” and, oh hell, you might as well throw in “Wake Me Up Before You Go-Go,” too — and he unabashedly had his eye on the marketplace.

“People have this perception that if all you write is pop music, as opposed to something that reveals a far deeper character, it’s because that’s all you can do,” he said the next day. “Not because it’s all you choose to do, and … the area you love.”

He said this as we flew on the now-defunct Concorde from London to New York; Michael hated flying and said he tended to get drunk on long flights, so he much preferred to make the trip at supersonic speeds.

“If you listen to a Supremes record or a Beatles record, which were made in the days when pop was accepted as an art of sorts, how can you not realize that the elation of a good pop record is an art form?” he continued. “Somewhere along the way, pop lost all its respect. And I think I kind of stubbornly stick up for all of that.”

Respect? Yes, George Michael earned it, though some of those Wham! songs and videos remain punchlines to this day, and his tabloid adventures were a distraction for a while (albeit ones he handled with candor and good humor). And at times it seemed he tried a little too hard for that respect. (I mean, titling an album “Listen Without Prejudice, Vol. 1” kind of advertises that chip on your shoulder, doesn’t it?)

But the guy I met in 1987 in London — checking out window displays, keeping one eye on the charts and championing pop music with all he had — kept fighting that good fight, to the point where there’s no longer anything uncomfortable about celebrating what he achieved.