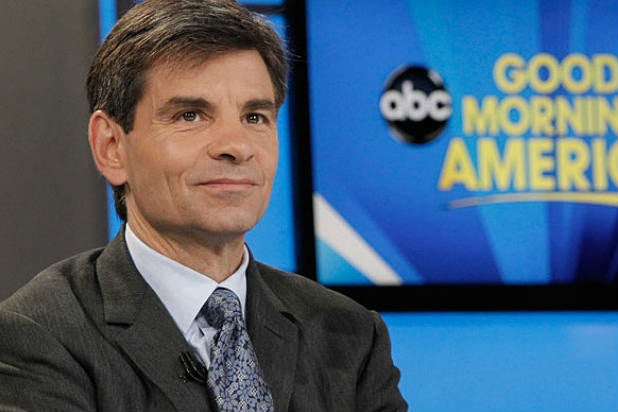 George Stephanopoulos has signed a new long-term contract to remain with ABC News, and will continue to host “Good Morning America” and the Sunday show “This Week.”

The announcement comes just after his “Good Morning America” colleague, Lara Spencer, was promoted to co-host of the morning show. It stabilizes the lineup of television’s top morning show for the near future.

In 2011, “GMA” broke the 16-year ratings win streak of NBC’s “Today.” Locking him in is an early victory for new ABC News chief James Goldston, who is replacing the just-promoted Ben Sherwood.

An ABC News representative said the deal happened quickly, with “good will from all sides.” Robin Roberts, one of the most popular personalities in morning TV, also anchors the show.

Stephanopoulos originally joined ABC as a political analyst in 1997, later replacing co-anchors Cokie Roberts and Sam Donaldson on “This Week.” He joined “GMA” in 2009.

Growing for the third year in a row, “GMA” is up by double-digits over the same point last season in both total viewers and adults 25-54.