Ghislaine Maxwell has filed an appeal to her conviction and 20-year prison sentence in the Jeffrey Epstein sex trafficking case, according to The Independent.

The British socialite was sentenced to 20 years in prison and was ordered to pay a $750,000 fine last month after she was found guilty for sex trafficking underage girls. She was sentenced for three guilty counts of sex trafficking, conspiracy and transportation of a minor with the intent to engage in illegal sexual activity

The appeal follows Maxwell’s Dec. conviction that found her guilty on five out of six charges of sex trafficking stemming from her years working with Jeffrey Epstein. 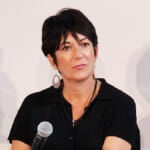 Despite her conviction on fives charges of sex trafficking, Maxwell was only sentenced for three counts after found two of the conspiracy counts Maxwell was facing were ruled to be repetitive.

Prosecutors wanted a sentence of at least 30 years, while Maxwell’s attorney’s asked for no more than 5 years and three months.

Four women testified to being abused when they were teenagers at Epstein’s homes, saying Maxwell was a central figure.