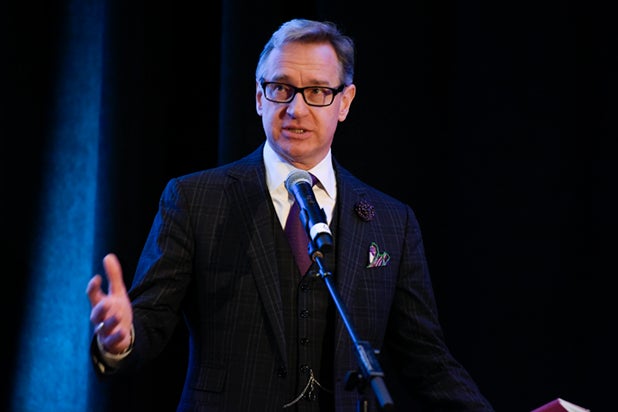 “This is the first I’m hearing about this but I guarantee that none of us — producers or filmmakers — would have taken this tweet down,” Feig told TheWrap Friday after learning about the studio’s decision to remove the tweet on Wednesday, one day after it was posted to outcry from some conservatives.

“We are pro-woman and all about smashing the glass ceiling and we support the message of this deleted tweet,” the director said. “And I personally am very much pro-Hillary.”

Though the tweet in question didn’t mention Hillary Clinton by name, it included Kate McKinnon‘s character in the hit comedy reboot and the message: “Boo-yah, we smashed your glass ceiling. There was a ghost behind it. #ImWithHer #BustTheCeiling #Ghostbusters.”

Some conservatives zeroed in on the #I’mWithHer hashtag, which has become a slogan for Clinton supporters.

“The tweet was never intended to be a political endorsement,” a spokeswoman for Sony told TheWrap earlier on Friday.

“It was a shout-out to our own glass ceiling-busters,” referring to stars Melissa McCarthy, Kristen Wiig, Kate McKinnon and Leslie Jones. She declined to explain why the studio decided to delete such a shout-out.

Sony has not yet responded to a request for comment about Feig’s statement.