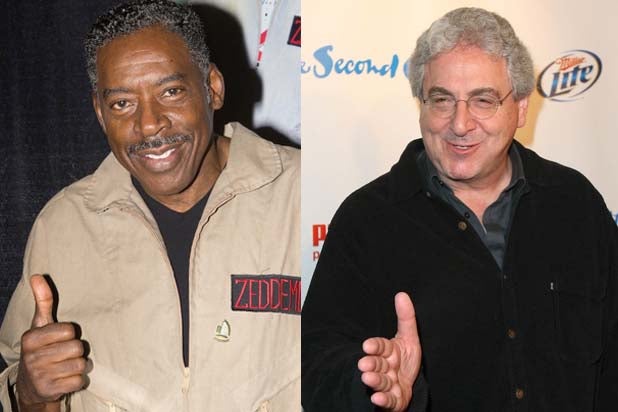 “Ghostbusters” star Ernie Hudson found out about Harold Ramis’ death on a flight to Los Angeles Monday, and thanked the 69-year-old comedy icon for his entire career when the paparazzi approached him at the airport.

“Harold was the glue. There wouldn’t a ‘Ghostbusters’ without Harold Ramis. Harold Pulled it together,” Hudson told TMZ. “And I know I probably wouldn’t be in the business had I not had the chance to work with Harold at that time in my career. He taught me a lot, not overtly by trying to teach me, just watching him work and how he dealt with things. He will be missed.”

Hudson starred alongside Ramis in both “Ghostbusters” films as the fourth addition to the team, Winston. It sounds like Hudson was looking forward to reprising the role for a third time, but doesn’t think another “Ghostbusters” would work without Ramis.

See photos: Remembering Harold Ramis – 13 of His Most Iconic Contributions to Comedy

“There can’t be another ‘Ghostbusters’ without Harold. There can be another ‘Ghost’-something,” Hudson added. “That was always my fear, was that something would happen before we all got together.”

Hudson is the latest in a long line of admirers, friends, and colleagues to comment Ramis’ passing. The actor, writer and director died early Monday morning due to complications from auto-immune inflammatory vasculitis, a rare disease that causes swelling of the blood vessels.