The streamer already has in-season rights to the sitcom and each episode of Season 1 was available the day after it aired. Now, the service will house all episodes of “Ghosts.”

According to the streamer, the series has become its No. 1 comedy.

“Ghosts is one of the biggest comedy hits in years and one of the most talked about shows. It is the perfect addition to the fantastic pipeline of content driving peak streaming at Paramount+,” said Tanya Giles, Chief Programming Officer at Paramount+.

The series stars Rose McIver and Utkarsh Ambudkar as Samantha and Jay, a young couple from the city who decide to chase their ambitious dream of opening a bed and breakfast after Samantha inherits a mansion upstate. However, they encounter otherworldly obstacles when they realize the house is populated with ghosts that only Samantha can see. 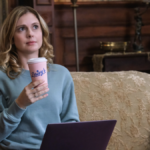 Also Read:
‘Ghosts': Rose McIver Breaks Down Her Favorite Season 1 Moments and How That Curse Might Continue to Haunt the B&B

“With fresh story lines, an incredible cast and a brilliant creative team, ‘Ghosts’ is that rare television series that taps into the popular zeitgeist to become a cultural phenomenon,” said Jim Packer, president of Lionsgate Worldwide Television Distribution Group, who negotiated the deal with Barbara Zaneri, chief program acquisitions officer for Paramount Global.

“Ghosts” hails from BBC Studios, CBS Studios and Lionsgate. Joe Port and Joe Wiseman are the showrunners. In January, the series was renewed for Season 2.

“Since the series premiere, ‘Ghosts’ has found passionate viewers – both on CBS and Paramount+,” said David Stapf, president of CBS Studios. “Ratings and online conversation about the show have grown virtually every week, and the series is the #1 new comedy by a huge margin. The best part is that viewers are still finding this unique and brilliant series, and this new SVOD agreement will help further that discovery process in a big way.” 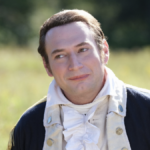