Glenn Beck has ramped up attacks on former president Barack Obama in recent days, capping the whole thing off by retracting an apology he once made for calling Obama “racist.”

During a Wednesday night appearance on Fox News’ “Tucker Carlson Tonight,” Beck said, “I take my apology back. I was exactly right and I even stated it right. You are a racist if you believe in critical race theory. If you think that what Dr. Martin Luther King said — that he envisions a country that is seeing people for the content of their character and not their color — if you think that’s wrong, then yes, you are a racist.” 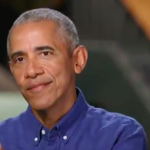 Beck made headlines back in 2009 when he first branded then-president Obama a “racist,” saying he had “a deep-seated hatred for white people or the white culture.” A few years after that, Beck — who says he’s sorry for various statements with some frequency, but continues to find himself in the news for saying controversial things — memorably apologized for his attacks on Obama, insisting the politician made him a “better man” and forced him to listen to concerns from Black Americans.

Beck and Carlson were discussing Obama’s recent CNN interview where the former president said that it remains “hard for the majority… of White Americans to recognize you can be proud of this country and its traditions and its history and our forefathers and yet, it is also true that this terrible stuff happened. The vestiges of that linger and continue.”

Obama did not say the words “critical race theory,” which theorizes that racism is embedded in nearly all aspects of American life and over generations, have given whites an advantage. However, Obama’s comments rankled Beck and given him fodder for days’ worth of criticisms of the former president. Earlier Wednesday, he branded Obama a “Marxist” and railed against him on Blaze TV.

Watch Beck’s Blaze TV segment below and his appearance on “Tucker Carlson Tonight” above.

Obama seemingly predicted the response by Beck and Carlson. “There are certain right wing media venues, for example, that monetize and capitalize on stoking the fear and resentment of a White population that is witnessing a change in America,” the former president said.