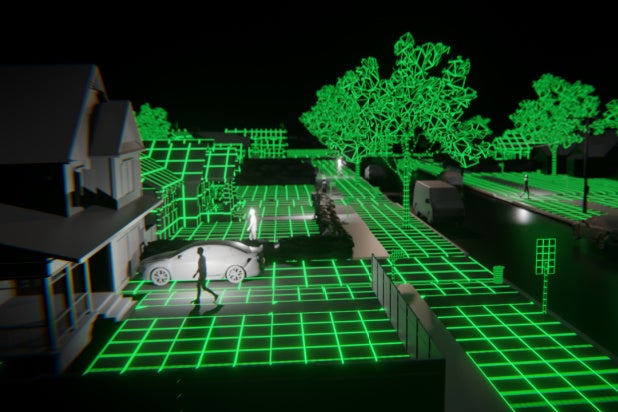 Director Rodney Ascher’s specialty is obsession, but his approach succeeds as compassion. After giving voice to people consumed by “The Shining” (“Room 237”), ventriloquist dummies (“The Wooden Boy”) and sleep paralysis (“The Nightmare”), he’s shifted his attention to simulation theory with “Glitch in the Matrix,” premiering at Sundance just before it goes into wider release.

A subject tailor-made for college, festival and midnight audiences, simulation theory questions human determination by positing that we are merely avatars, and that some greater force — an external gamer, if you will — is our master manipulator.

Much of this concept comes directly from sci-fi writer Philip K. Dick, who is copiously represented throughout “Glitch.” Ascher makes much use of a recorded 1977 event in which Dick presents these ideas with utmost sincerity, even while admitting that “I may be talking about something which does not exist. Therefore, I am free to say everything and nothing.”

Also Read: Rodney Ascher's 'A Glitch in the Matrix' Acquired by Magnolia Ahead of Sundance Premiere

Ascher takes a similar approach, wandering through as many musings that’ll elicit a “What?” as much as a “Whoa.”

Speaking of which, it may not surprise anyone to learn that Keanu Reeves is the icon of this ideology, just as “The Matrix” trilogy is its Bible. He doesn’t, as far as we know, consider these films to be anything beyond fantasy, but there are lots of interviews with adherents like Brother Læo Mystwood, who came to his beliefs after noticing a pattern of synchronicities (some viewers might call them coincidences) in his life.

Ascher transforms many of his subjects into Fortnight-style characters themselves, an approach that feels alternately inspired and unfortunate. On the one hand, using 3D motion-capture animation to turn people who believe they may be avatars into actual avatars offers a cheeky, if on-the-nose, bit of visual parallelism. And since we never see their true appearance, they’re afforded privacy while sharing their controversial views.

That said, neither anonymity nor resemblance to a competitor on “The Masked Singer” does much to boost anyone’s credibility. In truth, many of them seem to be vulnerable individuals searching for comfort, rather than philosophers or theorists.

But just as we realize this, Ascher shifts into an examination of the reasons simulation and false identity theories have proven popular among adherents. We’re reminded of the movies that paved the way for cultural infiltration, including Dick adaptations like “Blade Runner,” “Total Recall,” “A Scanner Darkly” and “Minority Report.” And, of course, there is the franchise that gives this film its name. In the most troubling, and most memorable, segment, we hear Joshua Cooke describe in detail the events that led to the murder of his parents, while the camera brings us there virtually though animated photogrammetry.

Also Read: Lilly Wachowski Tells Elon Musk and Ivanka Trump 'F-- Both of You' After They Quote 'The Matrix'

Cooke connected with Reeves’ character Neo to such a degree that his lawyers prepped a “Matrix Defense,” an insanity plea based on the idea that he deeply believed in a parallel reality. Ascher leaves us pondering the costs of dissociation, but also its seductive appeal. Is it really that outlandish to look around occasionally, and wonder at the surreality of it all?

“Glitch in the Matrix” opens in select theaters and on-demand Feb. 5.