From the red carpet to the rust belt, Danny Glover brought his campaign against clothing company Hugo Boss to Cleveland on Tuesday.

The "Lethal Weapon" star met with hundreds of workers in the cafeteria of the clothing company’s Ohio manufacturing plant, which is scheduled to close at the end of April. Earlier this month, he led a boycott of Boss at the Oscars, sending out a petition to nominees and presenters urging them to protest the plant’s shuttering by avoiding wearing suits made by the clothier.

In addition to spending much of the day meeting with workers, Glover went to a morning roundtable with labor leaders at the Cleveland office of the AFL-CIO and answered media questions with Bruce Raynor, president of Workers United, the labor union organizing the Oscar protest. 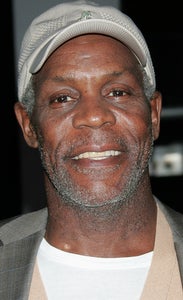 TheWrap caught up with Glover at the factory to find out more about why he got involved in the Boss boycott and what he hopes will result from his Midwest trek.

What did you hope to accomplish by going to Cleveland?
I came in support of the workers, because they’re going through a great deal right now. It’s an expression of solidarity. I’m certainly on their side, and I’m going to keep advocating on their behalf. If possible, I hope I can boost their morale.

Do you feel like the Oscar boycott worked? Were you able to dissuade celebrities from wearing Boss?
I’m not entirely sure, because I wasn’t at the Oscars. I was out of the country. But the company itself said it was effective. I think it gave some attention to the issues here. Obviously actors are concerned about what’s happening to labor. I’ve heard that there were a number of people — I’m not saying who or what those numbers were — that did not wear Hugo Boss in support of the workers.

How long have you been advocating on behalf of the labor movement?
I come from a union family, so I’ve been involved both directly and indirectly for all my life.

But why are you so upset about this one particular plant? There are lots of people losing their jobs all over the country?
What happened here is symbolic of what’s going on all around the country. We’re in the middle of a huge recession, even a depression, but they’re saying that we are starting to see a recovery.

Even though we’re supposedly in the recovery phase and maybe we’re seeing an increase in worker productivity, the jobless rates are rising. There’s not more jobs, I mean good paying jobs, so it’s important to raise these issues and to remind people of the 16 million workers being affected by the depression.

How do you respond to Hugo Boss’ claims that its being forced to close the factory because it is no longer competitive?
Companies always use that rhetoric whenever they start outsourcing. This factory has been profitable for the last 20 years — they just want to make it more profitable.

Look at what’s happening with Hugo Boss. It’s trying to expand their position and market share in the U.S. It’s in expansionist mode and it’s trying to increase profit margins. A suit here cost $300 to make, but it retails for much, much more than that.

Doesn’t it make sense that Boss would be focused on maintaining profitability?
They’re just trying to be more profitable. The reality is that closing the factory impacts more than that. Some 400 people’s lives are hanging in the balance. It goes beyond that, if you know basic economics, with something called the multiplier effect.

There are all these people dependent on salaries that are just going to vanish. We’re going to see a whole community destroyed because of this.