“Godzilla Vs. Kong” director Adam Wingard is set to direct the action movie “Hardcore” at Universal, a film adaptation of a comic book series co-created by “The Walking Dead” creator Robert Kirkman.

“Hardcore” is an action and science-fiction thriller that’s based on a Skybound and Image comic book series co-created by Kirkman and Marc Silvestri. Kirkman also wrote an original story outline for the “Hardcore” film based on the comic.

“Hardcore” follows a soldier as he works to save the world without getting his hands dirty. The first volume of the Mature rated comic book series, which was written by Andy Diggle with art by Alessandro Vitti, imagines a soldier who can hijack the body of anyone in the world and take control of them to target enemies that normal soldiers can’t. But when he gets stranded in a body, he has only 72 hours to figure out who hijacked the Hardcore program and evade capture from enemies who could be literally anyone. 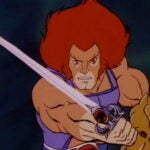 Wingard will also co-write the screenplay for “Hardcore” alongside Will Simmons, who wrote reboots for “Sleepy Hollow” and “Internal Affairs,” both at Paramount. He previously adapted “Day Men” for Universal and Boom Studios.

Universal Pictures’ EVP of Production, Matt Reilly will oversee the project for the studio.

Wingard most recently directed “Godzilla vs. Kong,” which opened this spring and has grossed $432 million worldwide, including $97 million domestically alongside a simultaneous release on HBO Max. He’s also been reported to be attached to the “ThunderCats” movie.