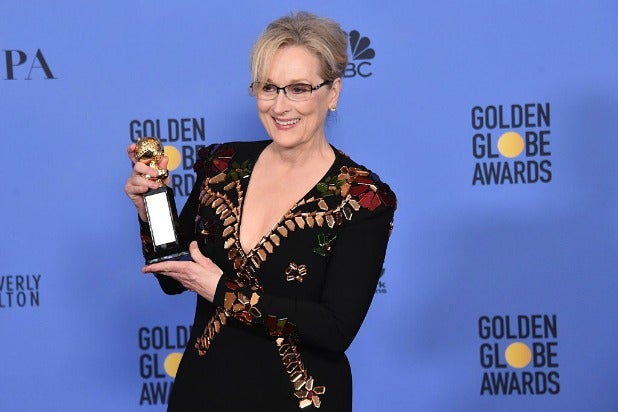 The ceremony will air on NBC live coast-to-coast. The awards are viewed in more than 236 countries worldwide and are one of the few to include both best motion picture and television achievements.

The 2017 Golden Globes took place on Jan. 8 at the Beverly Hilton in Los Angeles. During the ceremony, Meryl Streep stole the show when she took President Donald Trump to task.

“It was that moment when the person asking to sit in the most respected seat in our country imitated a disabled reporter, someone he outranked in privilege, power, and the capacity to fight back,” Streep said, referring to an incident with Trump on the campaign trail. “It kind of broke my heart when I saw it. I still can’t get it out of my head because it wasn’t in a movie. It was real life.”

Trump responded that he was “not surprised” that “liberal movie people” would complain about him and referred to Streep in particular as a “Hillary lover.”