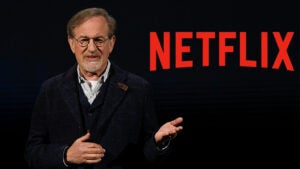 ”These two are the rats that are leaving a not so sinking ship,“ writes Elisabeth Sereda about Diederik van Hoogstraten and Wenting Xu who resigned last week

Members of the Hollywood Foreign Press Association have slammed the two former colleagues who resigned in protest from the Golden Globes group last week, calling the duo “rats” and “cancer” who “bite the hand that feeds you.”

In internal emails obtained by TheWrap, multiple members of the Golden Globes organization ripped into Diederik van Hoogstraten and Wenting ‘Ting Ting’ Xu following their resignation from the embattled organization over what they described as an ongoing culture of “insulation, silence, fear of retribution, self-dealing, corruption and verbal abuse.”

The slam session began with criticism of the HFPA’s public statement about van Hoogstraten and Xu’s resignation. “Nice but not tough enough,” Austrian member Elisabeth Sereda wrote on an email thread sent to the 84 remaining members of the HFPA. “These 2 are the rats that are leaving a not so sinking ship. Paint them as such. Anything less is watered down nonsense. It’s about time we responded in a straight forward fashion.”

Sereda did not immediately respond to TheWrap’s request for comment.

In his own email response, Italian member Armando Gallo complained about the timing of the duo’s resignation — which came just two days after longtime Israeli member Yoram Kahana passed away after “fighting for our reform from his hospital bed.” Gallo continued: “The lack of human decency of this [sic] two individual is appalling. I hope they can find what they are looking for: love in their heart.”

Gallo did not immediately respond to TheWrap’s request for comment.

Another Israeli member, Judy Solomon, responded to Gallo’s email, writing, “Armando you are so right what you said but one must consider the fact that they were occasional little attending members with a know all atetude [sic]. That got [sic] they are gone and some oter [sic] of their supporters should also leave so we can clear out the cancer in thi [sic] association.” Solomon did not immediately respond to TheWrap’s request for comment.

Mexican member Gilda Lappe chimed in: “Who is ting ting? Oh, yes…. She won’t be missed. There are no failures, only quitters. It’s easy to have friends when you are at the top,” to which Noemia Young added, “they should have learned. Don’t bite the hand that feeds you.”

Lappe and Young also did not respond to TheWrap’s request for comment.

Van Hoogstraten and Xu expressed disappointment in the comments — which they said confirmed how broken the organization is. “The words they used, ‘rats’ and ‘cancer,’ proves our criticism of this organization — it is a very toxic environment,” Xu said.

In a statement to TheWrap, van Hoogstraten said: “In effect, this proves our criticism. None of our points have been addressed in any substance. Instead, deflection is the name of the game. If we really represent the force of darkness, HFPA members should be delighted we departed voluntarily. Why waste any more time on us, the losers? Oh, right — it’s the art of deflection from the issues we raise.”

In a statement to TheWrap, the HFPA board of directors said: “The work emails between various members in question reflect the rising tensions and disagreements that colleagues have when faced with significant and meaningful change. It is wrong though to merely take conversations out of context and without the benefit of earlier, full conversations in which the departed members were as vociferous and fulsome in their own responses.

“The HFPA does not believe engaging in endless accusations and personal attacks in the media moves the organization any closer to growing diversity and inclusion,” The HFPA board continued.

Xu said this isn’t the first time she’s experienced abusive behavior from other members. In May, she sent a letter to membership asking President Ali Sar and Vice President Helen Hoehne to resign following the recent backlash toward the HFPA over its lack of Black members and history of self-dealing. Hoehne called her email a “hate campaign,” Xu said, and would only “listen to her input when she decided to walk with them, not against them.” Hoehne did not respond to TheWrap’s request for comment.

“One week after that, I started noticing that I wasn’t invited to faction meetings, and some members started spreading rumors about me, like that I am leaker — I was isolated right after I asked them to resign,” Xu said. “I did not attack the association, I didn’t attack at all — I simply said they should resign because it’s not working the way it is.”

She said an emergency meeting was held on May 10 to talk about the cancellation of the 2022 Golden Globes ceremony. One member told Xu that if she had to choose between her “good friend Helen” and the future of the HFPA, she would choose Helen Hoehne. “My response to this day is, If members do choose ‘their good friend’ over the future of the HFPA, then we have a problem.”

During the meeting, held on Zoom, Xu said she felt cornered and attacked by other members who asked questions like “Who are you representing?” and “What’s your agenda?” She said she was also repeatedly called a “little girl” and “young lady.” And then she said that Sar muted her on the Zoom call when it was her turn to talk.

Sar did not respond to TheWrap’s request for comment.

“This was right after they published their new Code of Conduct and we’re supposed to have a hotline to report inappropriate behavior,” she said, adding that van Hoogstraten had filed a complaint about one member’s repeated verbal attacks on Xu.

In an email sent to Sar, Hoehne, former HFPA president Meher Tatna and the law firm Ropes & Gray obtained by TheWrap, van Hoogstraten accuses one specific member of “continually interrupting” Xu and “trying to bully her into submission….. Please stand up to bullying and abuse — again, it is your responsibility.”

However, van Hoogstraten’s complaint was forwarded to the member in question, who reached out to Xu to speak about the matter. Xu then complained to Sar, Hoehne and Tatna about forwarding the email without van Hoogstraten’s permission. “I am confident to say that forwarding a complaint to the complainee without the complainant’s acknowledgement is inappropriate,” she explained. She said never got a reply from Hoehne, Tatna or in-house counsel Gregory Goeckner; according to Xu, Sar said he did not remember forwarding the email to the member in question.

In its Monday statement to TheWrap, the HFPA board accused van Hoogstraten and Xu of not adhering to the organization’s new Code of Conduct and the confidential reporting hotline. They also accused the duo, without evidence, of “selectively releas(ing) conversations in order to distort and defame their colleagues.” (Van Hoogstraten and Xu said they were both locked out of all HFPA accounts, including email, within an hour of their resignation.)

“We will not allow this to distract us from the more important work of pushing through these needed transformational changes,” the board concluded.

Van Hoogstraten and Xu said the majority of HFPA membership “resists deep change” and “internal opposition to the status quo has been stifled. Critical voices have largely been ignored.” They also called the new bylaws “watered down to meet the demands of a majority of the current board.”

The ongoing turmoil follows the HFPA’s May announcement of a “reimagination,” pledging to increase membership by 50%, increase member diversity, hold new board elections and hire professional executive leadership. After backlash from groups like GLAAD and Time’s Up, and NBC’s cancellation of the 2022 Globes broadcast, the members approved a new ethics code and hired more lawyers and consultants.