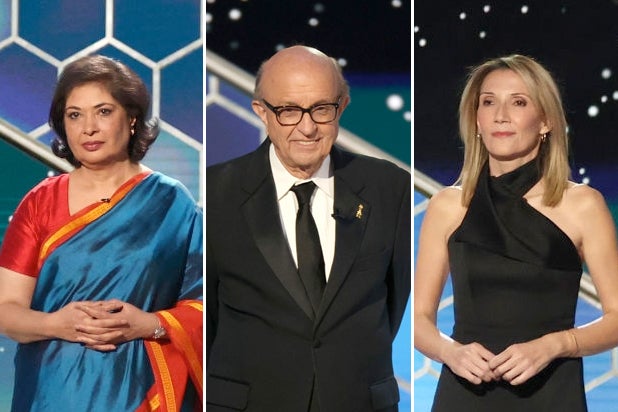 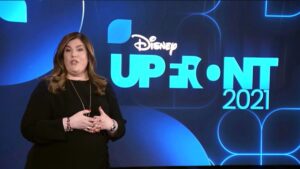 How Streaming Crashed the Upfronts

”In the spirit of ‘never let a crisis go to waste, isn’t it appropriate for us to sue our lawyers?“ longtime member Noemia Young writes in an email

(This article has been updated since publication with an additional statement from the HFPA board members.)

In the latest sign of the crisis engulfing the Hollywood Foreign Press Association over diversity issues and NBC’s cancellation of the 2022 Golden Globes ceremony, some members are now pushing to sue the organization’s lawyers for providing “improper and legally damaging advice.” Many are also renewing calls for the current board to resign over its handling of the firestorm surrounding the HFPA.

Several longtime members have sent emails this month to other members or directly to President Ali Sar, expressing disappointment with the state of the organization, leveling specific charges against HFPA attorney Gregory Goeckner and an outside media lawyer for the group, Joe Calabrese of Latham & Watkins.

“In the spirit of ‘never let a crisis go to waste,’ isn’t it appropriate for us to sue our lawyer, and his buddy, Gregory?” longtime member Noemia Young wrote addressing another member, Diederik van Hoogstraten, last week in an email sent to all members, obtained by TheWrap. While Calabrese’s name does not appear in the email, two HFPA members confirmed that “our lawyer” referred to Calabrese.

Goeckner joined the HFPA in June 2013 following a brief stint as general counsel at Merchant Risk Council and 15 years as EVP and general counsel at the Motion Picture Association. An insider told TheWrap that Calabrese recommended Goeckner for the HFPA job after he was fired from the MPA.

Young also accused the HFPA lawyer of failing to disclose that he and Goeckner were friends who had worked at the same law firm, O’Melveny & Meyers, for more than a dozen years through 1994. In her email, she asserted that Calabrese “betrayed his fiduciary oath to protect us but instead drafted his friend a lifetime, illegal contract.”

Late Thursday, Calabrese denied the accusations in a statement to TheWrap. “Noemia Young’s and the other members’ comments and allegations are misinformed and demonstrably false – there was no lack of disclosure and there is no ‘lifetime, illegal contract.’ It is unfortunate that a few members continue to look for conspiracy theories rather than focus on the very real challenges facing the organization at this time,” he wrote. “I do not represent the members of the HFPA, I represent the organization in its TV and other media deals. My earnest hope is that the members get onboard and enact the reforms that they overwhelmingly approved without further delay or dissension so that the Golden Globes can return to the air on NBC.”

Goeckner did not respond to a request for comment.

“Greg must be sued for giving us improper and legally damaging advice,” Young’s email said. “Due to his lack of leadership and the fact that he took advantage of ‘a crisis’ to take over power from the members for his own power. Why sue them, you ask? Do you really think that because you, or anyone else asks them to resign, they will comply and give up close to $300k salary?”

One member who asked to remain anonymous fearing retaliation, said in a statement to TheWrap: “Goeckner has, with the Board as an enabler, created a culture of silence and fear. Members who don’t agree with the leadership are threatened with legal retaliation. At meetings, he is known for shutting down discussions with, ‘This is not the right forum, let’s discuss at another time.’ But that time never comes. During this whole crisis, members have been kept in the dark and Greg and the Board have made decisions on behalf of all the members, only to secure their own power positions.”

In a separate email, another member, Ting Ting Wengting Xu, asked for Sar and Vice President Helen Hoehne to “resign immediately” because the “leadership has failed to lead us again and again.” She accused leadership of  “nothing but the continuous lack in transparency, reluctance to do a systematic reform and ineffective governance. Their incompetence has enabled Gregory to take over the organization’s daily operations.” 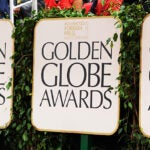 An insider told TheWrap that a growing number of HFPA members are pushing for the current board to step down and for Goeckner to be dismissed.

Neither Xu, Sar nor Young responded to TheWrap’s request for comment.

Ahead of the publication of this article, a spokesperson for the HFPA told TheWrap: “The Board has made it clear that their priority is the implementation of the announced comprehensive reform and foundational change within the organization. The Board has made a commitment to resign if the stated plan is not successfully implemented.”

On Thursday night, the Board members of the HFPA sent the following statement to TheWrap: “The views expressed by Noemia Young and other members in the emails obtained by TheWrap were not made on behalf of the Board or the HFPA.  Any suggestion that the HFPA is contemplating action against Joe Calabrese, our longtime outside media counsel, is incorrect.  Furthermore, our General Counsel and COO Greg Goeckner was hired in 2013 as a result of a search conducted by an outside search firm. He does not have a ‘lifetime illegal’ contract, but rather has a routine executive employment agreement terminable by the organization on reasonable notice. Our focus is – and continues to be – the transformational reform our Association needs. We regret the implications of the story that have harmed others and that instead of dedicating themselves to reform, certain members choose to publish hearsay and inaccurate information.   We are 100% confident in the new long-term direction of our organization that not only has the support of our board, but more than 90 percent of our membership. While some seek to divide us, the overwhelming majority of our membership stand ready to realize that vision.”

While the frustrations are evident, it’s unclear whether HFPA members can mount a successful lawsuit against its lawyers based on advice that members later judged to be unhelpful or damaging.

In the case of the HFPA, Jordan Matthews, a litigation attorney and a partner with Weinberg Gonser in Los Angeles, told TheWrap that it depends on whether Goeckner and Calabrese represent the association or its individual members.

“If the lawyer is an attorney for the HFPA but not for the members then presumably he owes a fiduciary duty to the association,” Matthews said. “If that’s the case, then he probably doesn’t owe a fiduciary duty to members so it’s hard to say they could sue him, but the association could sue on behalf of the members if there was a legitimate argument to show he wasn’t reasonably diligent in his legal advice.”

The complaints of Xu, Young and others have emerged in the aftermath of backlash to reports in the L.A. Times and elsewhere that the HFPA, which hands out the Golden Globes each year, had no Black members and snubbed movies and TV shows with Black creators. Its reform efforts, including a promise to increase membership by 50%, were widely criticized as insufficient by Time’s Up, GLAAD and other groups. NBC said it would not air the 2022 awards show.

The recent complaints echo concerns raised in early March by van Hoogstraten in an email he sent to Sar and Goeckner, obtained by TheWrap, in which he cited a “complete lack of any communication since the LA Times story broke (in early February) toward the members who are the HFPA, is so disconcerting that I’d like to make some urgent suggestions. I do know we will not survive this crisis if we do not act on some or most of them now.”

In a series of reforms announced on May 3, the HFPA took up many of van Hoogstraten’s suggestions, including the promise to hire a crisis manager and a diversity consultant, restructure the Board, abolish the sponsorship rule and membership vote on new members, end gift giving and paid travel. The membership overwhelming approved those reforms.

His March email, however, remained unanswered, as was a second email sent on May 11 following NBC’s cancellation of the Globes about the HFPA’s “existential crisis” growing deeper. This email, too, was unanswered by the Board, but Young responded with her email to all members.

Van Hoogstraten declined to comment further but said he is hoping that “the reform process will bear fruit and lead to fundamental reform and radical change in how the HFPA conducts and governs itself, based on the reasons laid out in my letter.”

In her email to van Hoogstraten, Young acknowledged conflicting sentiments among membership but criticized newer members like van Hoogstraten, who was admitted six years ago. “How selfish and unappreciative are those who came in when the HFPA was a successful entity, enjoying its benefits and now want to discard like an old rag the Senior members that worked for no pay to make it a success?” she said. “Don’t delude yourself that the ‘new’ HFPA will be more respected. Some of us have been here to see that it makes no different to those who hate us… They will always hate us, unless it is profitable to them, to pretend not to.”

For the record: This story has been updated with a statement from lawyer Joe Calabrese. 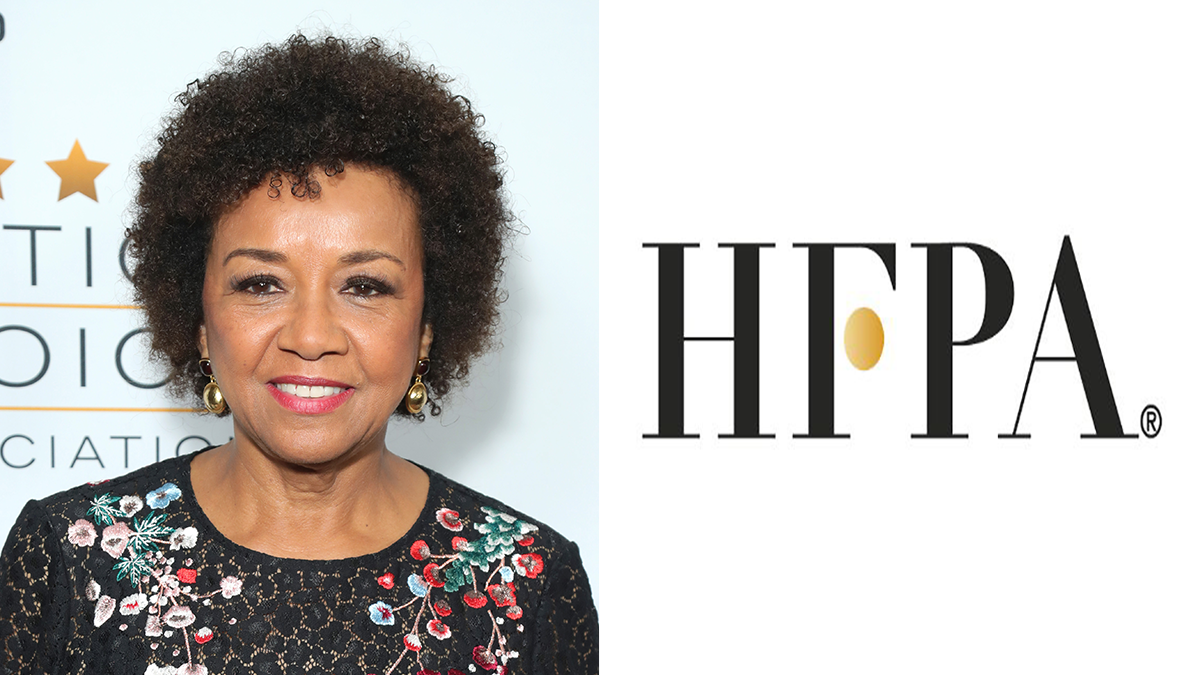