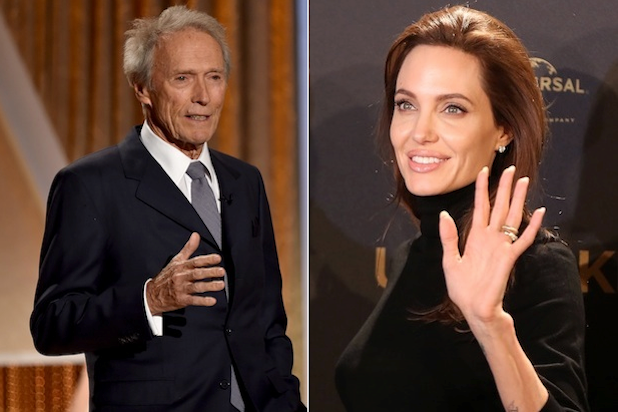 Golden Globes nominations should be easy to predict, right? All you need to do is figure out the tastes of 80-something Los Angeles-based journalists for foreign media outlets, who call themselves the Hollywood Foreign Press Association and have long been derided for their generous definition of the word “journalist” and their penchant for free lunches and selfies with the stars.

And yet for every head-scratching move in recent years – the HFPA is still trying to live down those nominations for “The Tourist” – the group has made some smart choices, too. They gave their best-picture award to “The Social Network,” which virtually all the critics agreed was that year’s best movie, over the Oscar winner “The King’s Speech.” When Oscar voters bafflingly failed to nominated Ben Affleck and Kathryn Bigelow for Best Director the year of “Argo” and “Zero Dark Thirty,” Globes voters got it right.

So predicting what will be revealed when the nominations are announced on Thursday morning, particularly in the Globes’ drama categories, doesn’t just involve figuring out which stars they want to show up at their shindig on Jan. 12.

Though, of course, there is some of that.

Predicted nominees: “American Sniper,” “Boyhood,” “The Imitation Game,” “Selma,” “The Theory of Everything”

The four likeliest nominees appear to be “Selma,” “Boyhood,” “The Imitation Game” and “The Theory of Everything,” all of which HFPA members are said to have liked. (“Theory” might be the most vulnerable of the four.) Beyond that, the lure of Angelina Jolie is no doubt a potent card in the hand of “Unbroken” – these, after all, are the same voters who nominated her first film as director, “In the Land of Blood and Honey,” for best foreign film.

But Globe voters really love Clint Eastwood, a 10-time nominee, and they reportedly liked “American Sniper” more than most of Eastwood’s recent work. So the legend may just nudge out the bombshell.

Hurt by category placement: Chadwick Boseman, “Get On Up”

Redmayne, Cumberbatch and the fast-rising Oyelowo are locks, but the other two spots could go to a number of contenders. Carell is high on many pundits’ lists, but the HFPA was reportedly cool to “Foxcatcher.” Spall could sneak in if they’re adventurous (which they’re usually not), Affleck if they want star power (which they usually go after more blatantly in the comedy or musical categories), O’Connell if they go for a full Angelina lovefest.

But here’s betting that Cooper gets his third consecutive nomination, and that Gyllenhaal’s combination of personal charm and a fierce performance lands him the final spot.

Meanwhile, poor Chadwick Boseman: While dramatic biopics with music like “Walk the Line” and “Ray” have qualified for the Globes in the comedy or musical categories in years past, the HFPA decided that his James Brown film “Get On Up” belonged in drama this year. In comedy/musical, he would have been a lock; in drama, he’s a longshot.

Moore and Witherspoon are favorites, with Pike and Jones close behind. So who gets the fifth spot? Aniston is a star, and she’s been active in a savvy late-breaking campaign that put her on the radar as a serious contender and landed her a SAG nomination. Woodley and Swank are real contenders, and Harvey Weinstein has worked the HFPA aggressively on behalf of his slate, which includes Chastain in “Eleanor Rigby.”

But Cotillard got Globe nominations for “Nine” and “Rust and Bone” in years when Oscar voters ignored her, and she’s had a last-minute surge for her unflashy role in the Dardenne brothers movie. The HFPA has its favorites, and she’s one. Aniston wouldn’t be a surprise, but Cotillard may have a small edge.

The consensus is that in year in which the comedy/musical category does not run deep, “Birdman” will win easily. But Globe voters also like to put the musical in comedy or musical, which means that “Into the Woods” is probably safe, too, as is the well-liked “The Grand Budapest Hotel.”

As for the others, “Inherent Vice” could be a real threat, but the easier pleasures of “Big Eyes” and the heat around Chris Rock’s “Top Five” should get them in.

This is Keaton’s race to lose, and there’s not much chance he’ll lose it. In a category where star power counts for a lot, Al Pacino, Mark Ruffalo and Jon Favreau could have a chance of muscling in over the lesser-known James Corden, though to do so they’d also have to push out Phoenix or Rock.

This could be a category that gives somebody a second nomination–maybe Julianne Moore, who’ll surely be nominated for “Still Alice” but could also land a nod for David Cronenberg’s twisted “Maps to the Stars” (which was campaigned for Globes but not Oscars). But Emma Stone, a supporting-actress favorite for “Birdman,” will more likely score another nod here for Woody Allen’s “Magic in the Moonlight.”

But in a thin year for comedy/musical films and for actresses in general, this one is anybody’s guess.

They wouldn’t dare, would they?: Johnny Depp, “Into the Woods”

The two supporting categories aren’t split between drama and comedy/musical, with Edward Norton likely crashing this field from the lighter side. While he and Simmons seem safe and Hawke nearly safe, the other spots are up for grabs. Brolin, Wilkinson and Miyavi would be entirely reasonable choices, but here’s guessing that the well-liked Ruffalo gets one spot, and that voters responded to Robert Downey Jr.’s strong lobbying for his co-star Duvall to fill the other.

And even voters who love to get Johnny Depp to show up at their soirees would be embarrassed to nominate him for his tiny part in “Into the Woods” …we think.

Assuming the voters agree with IFC that Arquette belongs in supporting (and disagree with the L.A. Film Critics Assn. that she doesn’t), she’s locked in. Chastain could easily sneak in, more likely for “A Most Violent Year” than for “Interstellar,” but she’d have to displace Knightley or Stone or Dern or even Streep to do so.

With Inarritu the only refugee from the comedy/musical side, this will look a lot like the Best Film, Drama category–though voters will likely want to guarantee Angelina’s attendance with a nomination. Tyldum and Fincher are formidable contenders, as is Nolan if voters want to award degree-of-difficulty points.