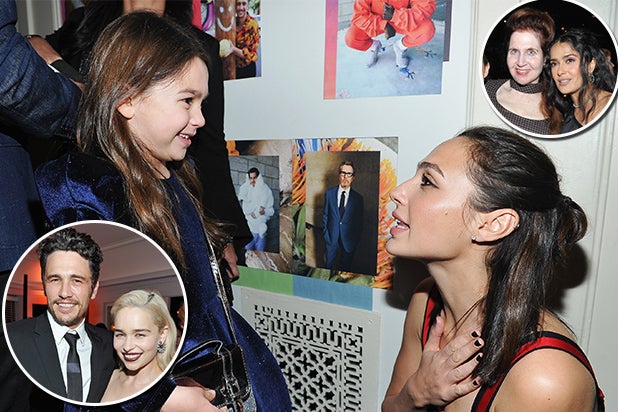 That long line of cones splicing Sunset Boulevard on Thursday night, steering traffic away from the famed Chateau Marmont, came with good reason.

Throngs of Golden Globe nominees and other captains of pop culture ascended to the rooftop penthouse for a pre-Golden Globes weekend soiree tied to the release of W Magazine’s Best Performances portfolio. 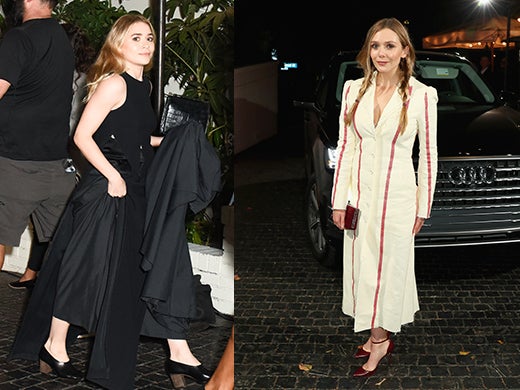 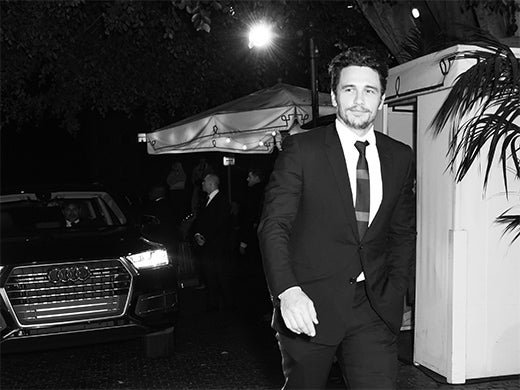 The stars in the middle of that orbit? Salma Hayek, “Wonder Woman” Gal Gadot, James Franco, Mary J. Blige and a rare sighting of Olsen sisters Ashley and Elizabeth (not Ashley’s twin) in the same room. 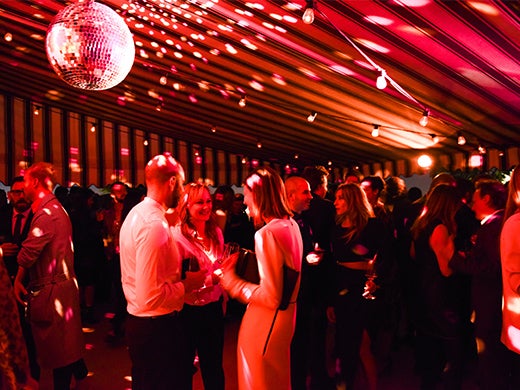 Tilting your forehead 45 degrees towards the floor, you might have seen the breakout of the juniors division, young Brooklynn Prince from “The Florida Project,” chatting up Lizzie Olsen or Gadot, while looking up revealed a new addition on the packed outdoor balcony — a disco ball. It would go to good use as a feisty duo from Spain flew in to spin in the living room, as they have for the past few years 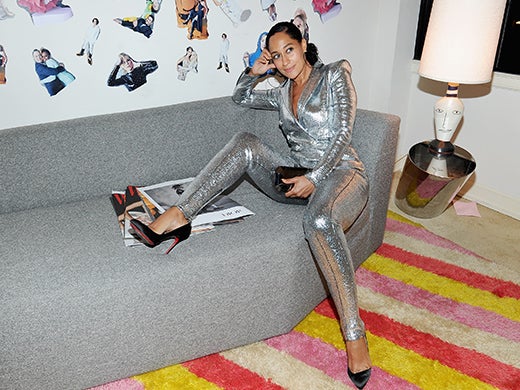 Frankie Shaw, the force behind Showtime’s semi-autobiographical single mom comedy “SMILF,” caught Tracee Ellis Ross in the hallway, introducing herself. Ross told Shaw she was so glad she had stopped her. When a photographer approached to ask to capture the moment, Ross asked, “Would you please?” 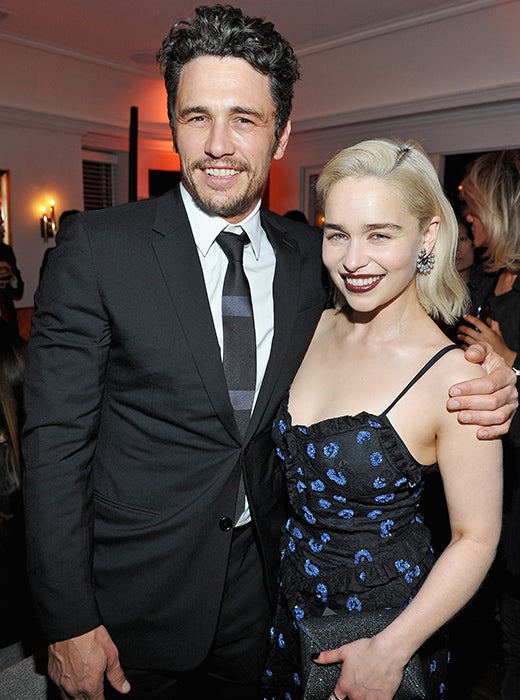 Less accessible was Gal Gadot. The “Wonder Woman” star had a dedicated security guard stationed in front of her patio table throughout the night.

Salma Hayek, continuing her trend of pure candor, had no qualms about capturing the view herself. After Entertainment Tonight’s Carly Steel wrapped up casual on-camera arrival chats in one of the converted bedrooms, the one-time “Frida” had a friend shoot cellphone pictures of her on the balcony overlooking Sunset. 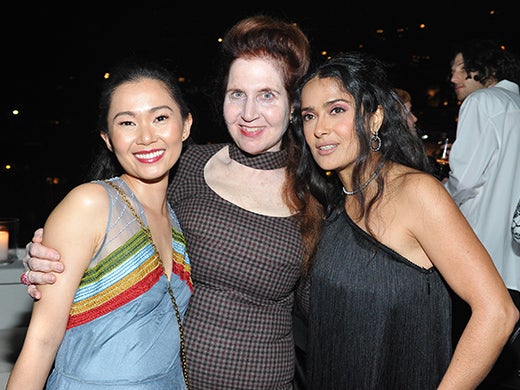 “I had a successful soap opera career in Mexico,” Hayek says in the new issue. “I left my fame and my comfort and I moved to Los Angeles because I wanted to make films. I was very, very famous in Mexico, and in the States I was working as an extra. People thought maybe I was running from the police.”

Also Read: Golden Globes Film Predictions: From 'Get Out' to 'Lady Bird' (Photos)

As for actual running, the night before this party a new cast began racing around the world again on CBS’ 30th season of “The Amazing Race.”

The show beat “The X-Files” in ratings, won its timeslot and nearly doubled recent premiere numbers. I caught CBS chief Les Moonves near the elevators who accepted congratulations.

“It’s back and the numbers were great,” Moonves told The Party Report. 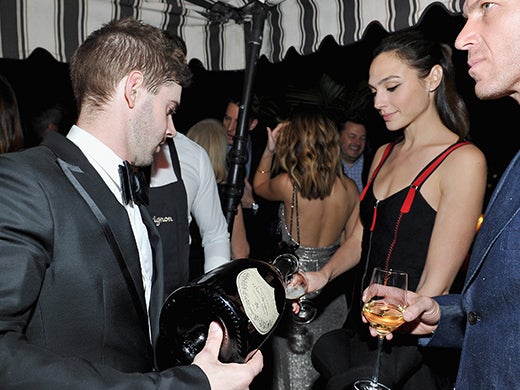 There was an endless tap of Dom Perignon. Here, a bottle butler made it past Gadot’s security guard to fill her glass (Donato Sardella/Getty Images)

Other titans and cultural curiosities in the mix included New England Patriots owner Robert Kraft (whose team has the weekend off due to a playoff bye), Duran Duran bassist John Taylor, hat guy Nick Fouquet, and model Karrueche Tran. 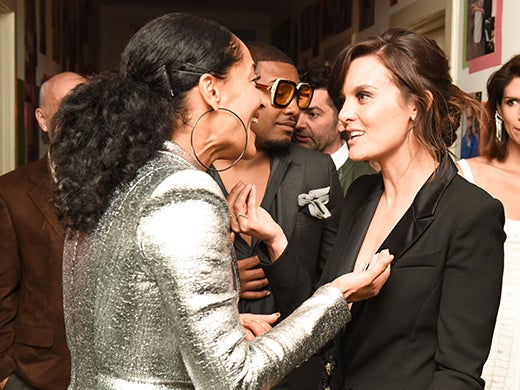 In a more somber and odd coincidence, Jim Belushi also made the scene. As part of well known Hollywood history, his older brother John died in this hotel back in 1982. His connection to the event and this year’s Globes is not clear. 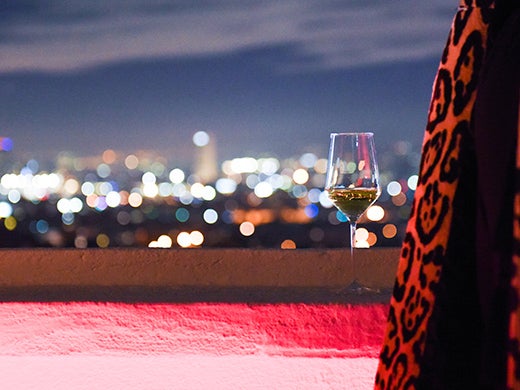 View from the Chateau Penthouse. (BFA) 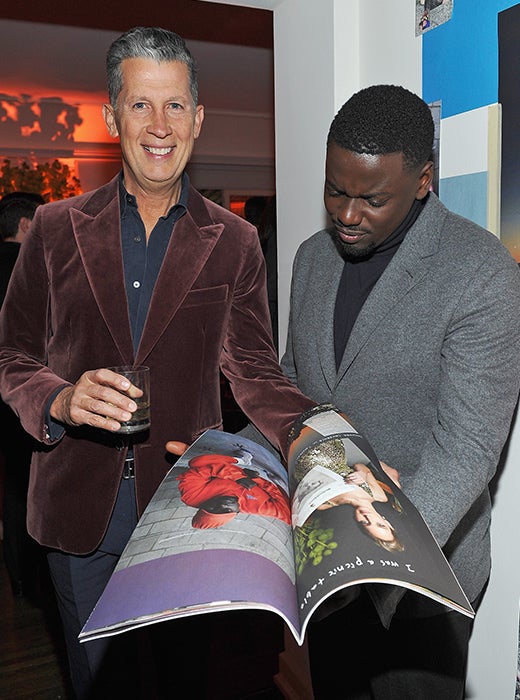 The Best Performances portfolio was co-produced with British Vogue, photographed by Juergen Teller, styled by Edward Enninful. Audi, who started their partnership with Amazon (which includes Sunday night’s post-show bash and Amazon music streaming in their chauffeured Q7’s) shuttled the talent. Dom Pérignon  provided an endless pour of top shelf bubbles and Dior also partnered on the event.