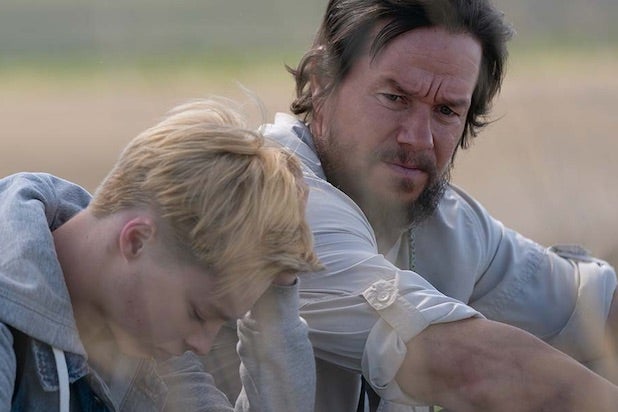 The opening credits of “Good Joe Bell” point out that the film is based on a true story, but it might be best to go into it not knowing too much about that story.

That’s not because the film from director Reinaldo Marcus Green (“Monsters and Men”) in any way betrays the real events, or even distorts them too much — on the whole, the drama written by Diana Ossana and Larry McMurtry is a careful and loving look at Joe Bell, an Oregon man who in 2013 set out to walk across the United States to bring attention to bullying after his son, Jadin, was mercilessly mocked and bullied for being gay.

But “Good Joe Bell” takes some twists and turns along the way, and contains a couple of significant surprises for viewers who come in without too much knowledge of the real events. Knowing where it’s going will have a real impact on how those revelations land, to the point where if you can come in fresh, you probably should.

(But afterward, you’ll probably want to learn more about the true events, which we won’t discuss in this review.)

An open-hearted, unapologetically emotional story of a man struggling to come to terms with what happened to his son and with his own complicity in it, “Good Joe Bell” makes good use of the Everyman appeal of Mark Wahlberg; if it doesn’t feel like a landmark the way Ossana and McMurtry’s “Brokeback Mountain” or McMurtry’s “The Last Picture Show” and “Terms of Endearment” were, it’s a quietly affecting road trip that gets to where it wants to go and may prompt a few tears along the way.

The film starts in Idaho, with Joe Bell trudging by the side of the road as semi-trucks barrel past. He’s on a quest to speak out against bullying anywhere he can find people who will listen, but the first talk we see him give is desultory and unconvincing. Back on the road, he hears smack from Jadin, who is along on the walk to prod and needle his father and push him not to do the easy thing.

The film follows Joe on his walk but has copious flashbacks that fill in the story — beginning with the time Jadin told his father about the bullying, but Joe just wanted his son to toughen up. “It’ll all work itself out,” he says, anxious to return to the new big-screen TV in the other room. “Are we done here now?”

Joe has come a good distance both physically and mentally from that moment, but guilt weighs him down as he makes his way through Utah and into Colorado, acquiring a measure of recognition along the way. When his wife and younger son (Connie Britton and Maxwell Jenkins) come to visit him, he blows up at them and she snaps back, “Keep walking and don’t come home until you figure out what you want to be. And I hope it’s not some Facebook celebrity who gets your picture taken with people.”

Walhberg is entirely believable as a man trying to unlearn what were once his blunt, oafish responses to anything he didn’t want to face (though he seems to have accepted his son being gay, and even sings along with Jadin to Lady Gaga on the side of the road). And as Jadin, newcomer Reid Miller shines as a teen who wants to be out and unapologetic, but who’s forced to justify (or apologize for) his very existence just to get through the day.

As the flashbacks get more brutal, the movie grows sadder and Joe struggles to figure out how to truly make a stand for his son. The spine of the film, which is Joe’s walk, is a largely solitary pursuit, and the real journey he must make is an internal one — but in order for us to follow his progress, Joe needs to have moments where he talks to other people about what he’s going through, whether it’s a roadside conversation or a voicemail home. Some of these conversations make their points subtly enough, but others spell everything out in a way that feels a little too on-the-nose.

Gary Sinise, though, grounds the final stretch of the film with a quiet, understated performance as a sheriff that Joe encounters in Colorado; some of their moments together are as emotional and as affecting as anything in the film.

There are shocks along the way, handled gently or dropped as a gut punch. A couple of those may be the things that will stick with you from “Good Joe Bell” — unless you know the story and went in expecting them, in which case you may find that Green handled the difficult twists about as artfully as he could.