In this morning’s roundup of Hollywood news ‘n’ notes from around the web, Buzz and Woody head north, while TCM sets up shop in Hollywood.

Pixar goes international: the gold standard in animation companies opened a new studio in Vancouver this week. But according to the Globe and Mail, it’ll be a pretty specialized operation, producing short films featuring the company’s “legacy characters” – i.e., the best-known characters from movies like “Toy Story” and “Cars.” Apparently, Digital Domain and Sony Imageworks aren’t far behind … which must mean that the Canadian government’s digital-animation and visual-effects tax credit is working pretty well. (The Globe and Mail)

With lots of high-profile films missing out on the Cannes Film Festival because they’re not quite ready, Peter Knegt anticipates “a potentially epic” Toronto Film Festival in the fall, along with killer lineups at Venice and Telluride too. He even comes up with a list of about three dozen notable films, and says he’ll be surprised if less than 60 percent of them screen at the fall fests. Given how films that once seemed to be sure things have a habit of falling out and getting delayed, I think he may be overstating the case a bit. (The Lost Boy) 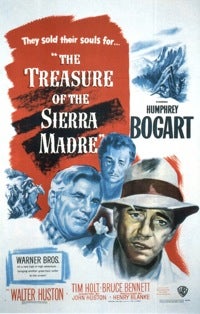 In the midst of all the festivals showing new movies, Turner Classic Movies launches a festival devoted to old ones. TCM’s Classic Film Festival kicked off this week in Hollywood, and Dennis Cozzalio celebrates a festival that could mean, he says, that Los Angeles “may have found an annual film celebration for its very heart and soul.” But is the festival going to draw enough moviegoers interested in paying premium prices ($20 in many cases) to see “2001: A Space Odyssey” (at 9 a.m., no less), “Sweet Smell of Success,” “Imitation of Life,” “Midnight Cowboy,” “The Treasure of the Sierra Madre,” “Pillow Talk” and dozens of others? Cozzalio lays out his plan for each day of the fest, though he’s still torn about some decisions: “Cleopatra” in 70 mm, or “The Good, the Bad and the Ugly” with an appearance by Eli Wallach? I vote for the latter. (Sergio Leone and the Infield Fly Rule)

Here’s more proof that everybody loves to give awards: something called the Entertainment Industries Council handed out the Prism Awards at the Beverly Hills Hotel this week. The awards, which are also presented by the Substance Abuse and Mental Health Services Administration, go to films, TV shows and music that, says the Hollywood Reporter, “accurately depict alcohol, substance-abuse and mental-health issues.” “Crazy Heart” won in the Feature Film – Substance Use category, “The Soloist” in the Feature Film – Mental Health one. Other winners included Jeff Bridges and Maggie Gyllenhaal (both for “Crazy Heart”) as well as the TV shows “How I Met Your Mother,” “Law and Order: SVU” and “The Celebrity Apprentice.” The full list is here.

In the new installment of her “Career Watch” column, Anne Thompson looks at the choices made by Jim Carrey. Her verdict is that he’s in a tricky situation: “Carrey is too old to play the goofy adolescent and seems loathe to abandon big-budget star vehicles, even though stars aren’t driving the gravy train anymore.” But when it comes time to dish out advice, she gives the floor to a couple of agents, who basically say that all he needs to do is make some good hit movies. Why didn’t he think of that? (Inside Moves)