In this morning’s roundup of Hollywood news ‘n’ notes from around the web, USC looks behind the scenes, while Brooklyn wants a film festival, too.

It’s easy to find audio and video interviews with movie stars, but the University of Southern California is taking the road less traveled by: USC’s School of Cinematic Arts is assembling an oral archive project devoted to behind-the-scenes interviews with producers, executives, agents, lawyers, and even the occasional entertainment journalist. Michael Cieply – one of whose predecessors as the New York Times’ Hollywood correspondent, Bernard Weinraub, is among the first interviewees – provides the rundown. (New York Times)

Back before the Cannes Film Festival lineups were announced, Fabienne Berthaud’s “Pieds nus sur les limaces” (or “Lily Sometimes”) was considered a good bet for a festival berth. The film, which stars Ludivine Sagnier (“Swimming Pool”) and Diane Kruger (“Inglourious Basterds”), wasn’t on the initial lists, but now it’s a last-minute addition, in a significant slot: it’ll be the closing-night attraction in the Directors Fortnight lineup. Peter Knegt has the news, and the plot. (indieWIRE) 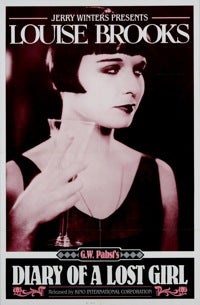 Lower Manhattan has its film festival, Tribeca, but Brooklyn doesn’t want to be left out. So on June 9, a little more than a month after the end of Tribeca, the Brooklyn Academy of Music will host the second BAMcinemaFEST, a 12-day festival that’ll showcase one U.S. premiere, 16 New York premieres and a lot of movies that have been screening at other festivals this year. The fest opens with Jay and Mark Duplass’ Sundance favorite “Cyrus,” with John C. Reilly, Jonah Hill and Marisa Tomei, and closes with a screening of G.W. Pabst’s silent film “Diary of a Lost Girl” (with Louise Brooks, left), complete with live musical accompaniment. The BAMcinemaFEST website is here – but until it updates, indieWIRE has the list of films.

Everybody knows that documentaries are usually the highlights at the Tribeca Film Festival, right? Christopher Campbell certainly knows, so he runs down the ones that he’s seen and admits that “for the most part I don’t even know what’s going on” with the festival’s fiction films.   His roundup includes the rugby doc that’s his favorite,  “Freetime Machos"; the enigmatic “Exit Through the Gift Shop”; the home-movie assemblage “The Kids Grow Up,” which bored him; and the burlesque doc “Behind the Burly Q,” which he found conventional but informative.  (Cinematical)

Meanwhile, the narrative features at Tribeca continue to unspool, and the reviews come in.  A small sampling:

Jeff Wells on “The Killer Inside Me”: “here we all are with Jessica Alba’s pus and mucus and blood splattered all over our laps …. what did we do to deserve this?” (Hollywood Elsewhere)

Eric D. Snider on “Zonad”: “infectiously upbeat and good-natured, which helps even the goofiest, most absurd jokes go down smoothly.” (Cinematical)

Jason Bailey on “sex & drugs & rock & roll”: “charges onto the screen like a runaway train, filling the screen with loud music and trick angles and zippy filmmaking, hoping to distract us from noticing that it’s yet another ‘rock star behaving badly’ biopic.” (DVD Talk)

Stephen Saito on "Meet Monica Velour": "a sly, unforced coming-of-age story that may be slightly predictable, but is always engaging."  (IFC.com)

Andrew Robertson on "Ondine": "It is heartwarming and affecting, it is scary and playful and clever and true." (Eye for Film)

Snider on “Monogamy”: “a thoughtful and engrossing character study.” (Cinematical)

Eric Kohn on “Lucky Life”: “meditative, lyrical and yet hauntingly familiar look at the elusive nature of memory among day-to-day experiences.” (indieWIRE)