In this morning’s roundup of movie news ‘n’ notes from around the web, say hello to this summer’s It Girls: Jennifer Lawrence … and Joan Rivers.

The Hollywood business plan for May and June always calls for big studio movies whose quality takes a clear back seat to their commercial potential, but that doesn’t mean an occasional critical favorite can’t slip out during the summer. (“The Hurt Locker,” after all, was a late-June release last year.) Peter Knegt identifies a pair of Sundance favorites that, he says, are “giving this summer a much needed boost of critical acclaim this weekend”: the documentary “Joan Rivers: a Piece of Work,” and the dramatic film “Winter’s Bone.” Both start a limited release on Friday, showcasing two distinctly different screen queens: 75-year-old standup comic, TV personality and quintessential New Yorker Joan Rivers, and the 19-year-old Kentucky-born actress Jennifer Lawrence (below left and right), who seems to have become the it girl/hot actress of the moment just as Carey Mulligan did last year. (indieWIRE) 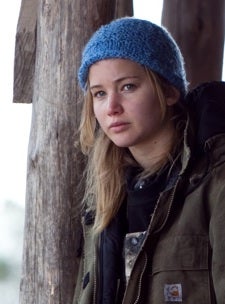 Instructive statistics from eMarketer and the Wall Street Journal, courtesy of paidContent.org: “the percentage of people who watched full-length movies online doubled over the last year,” and online video viewing is increasingly moving from the daytime to the evening. This implications are worth considering for the movie industry, though it’s probably the TV business that has the greater reason to worry. (paidContent.org)

By the time Halloween rolls around, it will have been almost eleven months since the release of “Avatar” – is that too long a time to make the Na’vi a hot costume? 20th Century Fox hopes not, and unveiled a long-term merchandising plan that includes Halloween costumes as well as back-to-school items, board games and bedding in addition to the existing “Avatar” toys, clothing, books and video games. Georg Szalai has the details from the Licensing Show in Las Vegas. (The Hollywood Reporter)

Brandon Judell reports from the Seattle International Film Festival, where he thought one of the highlights was a tribute to Ed Norton, and one of the low points was the screening of Norton’s new film, “Leaves of Grass.” But he liked every other movie he saw, and credits artistic director Carl Spence with assembling a diverse, solid lineup of films that range from a Russian musical to a few terrific shorts to Brigitte Berman’s documentary about Hugh Hefner. (indieWIRE) 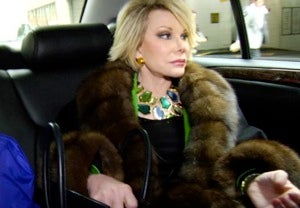 Jeff Wells expresses what seems to be a common, and entirely sensible, take on the freshly-announced film in which Tom Cruise’s Les Grossman character (from “Tropic Thunder”) will take center stage. “I love Tom Cruise’s Les Grossman character as much as the next guy, but I wouldn’t want to hang with him all through the day and night,” Wells wrote. “ … You don’t want to get too close to a guy like this. He’s not Jerry Maguire. You want to laugh at his blitzkreig animal fury for four or five minutes and duck out of the room and go somewhere else.” Speaking as somebody who thought Grossman overstayed his welcome in his three appearances on the MTV Movie Awards on Sunday, I’d say Wells has a point. (Hollywood Elsewhere)