In this morning’s roundup of Oscar news ‘n’ notes from around the web, Chartier parties and Thompson wonders if the Oscars matter to anybody. (Around these parts, yeah.)

David Thomson wants to know who cares about the Oscars. Not him, obviously. He’s still upset that Roger Corman, Lauren Bacall and Gordon Willis got their honorary awards in a separate ceremony back in November, instead of on the big show. “If Sunday’s show can manage without those three,” he writes, “I shudder to imagine the musical numbers and set-piece comedy routines it has in store.” When it comes to the nominees, he likes “A Serious Man” and “The Hurt Locker” and not much else. (The Guardian) 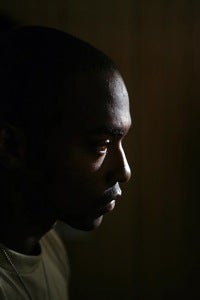 Well, look at this: somebody with relevant expertise and an entirely sensible point of view about “The Hurt Locker” (The film’s Anthony Mackie, left).  The Carpetbagger talks to Lt. Col. Gregory Bishop, a U.S. Army liason to the entertainment industry. “I thought it was an entertaining movie,” he says. “I found it not necessarily realistic, but again, it’s a movie. They weren’t making a documentary.” Some scenes, he says, are very realistic; others aren’t. “We are in no way disturbed or upset or anything else toward anybody on the team of ‘The Hurt Locker,’” he says. (The Carpetbagger)

On Wednesday night, Anne Thompson ran into Nicolas Chartier, the financier/producer whose overzealous emails got “Hurt Locker” in hot water and lost him his Oscar tickets, at a party for “The Cove.” From the sound of it, Thompson appears to have spoken to Chartier, but not on the record; the gist of her story is that the Oscar pariah (who didn’t respond to theWrap’s requests for comment) has received lots of supportive emails, doesn’t care that he isn’t being allowed to go the ceremony, and “can get into any Oscar party he wants.” There’s also this howler: apparently, he thinks the increased DVD sales of “The Hurt Locker” are due not to its status as an Oscar frontrunner in the week before the ceremony, but to interest in the film due to Chartier’s own notoriety. To say I find this implausible would be a significant understatement. (Thompson on Hollywood)

E!Online asks James Cameron about the axed Sacha Baron Cohen/Ben Stiller Oscar sketch, and the director tells them he would have been fine with a skit poking fun at “Avatar.” The piece, like most of the others written about the incident, is predicated on the reports that the skit was taken off the show for fear that it would offend Cameron – but as I’ve heard both from the show’s producers and from a very reliable third source inside the production, and as I wrote on Wednesday, that’s simply not true: at issue was the quality and tone of the sketch, not its potential effect on Cameron. (E!Online)

What are the most accurate precursor awards at predicting Oscar wins? The New York Times has a big chart that’ll tell you the answer for every Academy Awards show since 1975, when the DGA matched the Oscar Best Director award (Francis Coppola for “The Godfather Part II”), the Golden Globes picked Oscar Best Actor Art Carney, and most other guilds or groups either got it wrong or didn’t give out awards. One problem with the chart: it only includes the Golden Globes, the National Board of Review, and the DGA, PGA and SAG awards, leaving out a lot of others, starting with the WGA. (New YorkTimes)

Gerard Kennedy offers the final predictions in the “Tech Support” column at In Contention. His scorecard for the tech categories: “Avatar” 4, “Hurt Locker” 2. (In Contention)

Greg Ellwood picks the winners of what he says are “The three awards that could win your Oscar pool.” He’s talking about the short film categories, in which he thinks the Academy will honor “A Matter of Loaf and Death” (Animated Short), “Kavi” (Live-Action Short) and “China’s Unnatural Disaster” (Documentary Short). Those aren’t my predictions, but they’re certainly reasonable ones. (Awards Campaign)