In this morning’s roundup of Oscar news ‘n’ notes from around the web, way too many people agree on what films are the leading Oscar contenders so far.

The Gurus of Gold are back at Movie City News, and it’s kind of disconcerting how much we all agree about best picture. Three films are listed on all 14 ballots, and eight are listed on at least 12 of the 14. The race can’t really be that predictable at this point, can it? Anyway, the top contenders, in order, are “Up in the Air,” “Precious,” “The Hurt Locker,” “Invictus,” “An Education,” “Up,” “Nine” and “The Lovely Bones,” followed by “Inglourious Basterds,” “A Serious Man” and “Avatar.” Then there’s a huge dropoff.

In the animated feature category, meanwhile, the Gurus are in lockstep: every single one of us listed “Up” first on our ballots, followed by “Coraline” (a near unanimous second choice), “Fantastic Mr. Fox” and “Ponyo.” In the acting races, George Clooney and Carey Mulligan are unanimous top picks, followed by Colin Firth, Morgan Freeman and Jeremy Renner among actors, and Meryl Streep, Gabourey Sidibe and Helen Mirren among actresses. 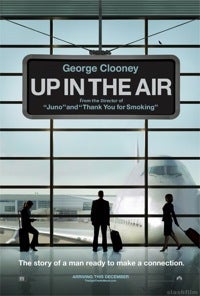 The complete chart is here.

indieWIRE assesses the six major Oscar categories, finds three best-picture locks (“Up in the Air,” “The Hurt Locker” and “Precious”), two good bets (“An Education,” “Up”), and some question marks. Elsewhere, Peter Knegt thinks Kathryn Bigelow is the only best-director lock, George Clooney the only best-actor lock even though he won’t win, and Carey Mulligan, Gabourey Sidibe and probably Meryl Streep the best-actress locks. He hands the supporting categories to Christoph Waltz and Mo’Nique.

Variety’s Tim Gray chimes in with the first of his awards columns for the season, in which he promises to “wander through the kudos world like a Tinseltown Margaret Mead, observing the strange rituals of the natives.” His initial prediction for this year is that it’ll be unpredictable.

Somebody had to do it. And it’s no surprise that Armond White, cranky contrarian par excellence, was the one to write a high-profile trashing of “Precious”: “Not since ‘The Birth of a Nation’ has a mainstream movie demeaned the idea of black American life as much as ‘Precious.’” If only his list of “excellent recent films with black themes” didn’t include “Norbit,” people might take his argument seriously. (New York Press)

Another survey of the Oscar race, this one from Film Misery. They find four best-picture locks: “Precious,” “The Hurt Locker,” “Up in the Air” and “Up.”

As the AFI Fest winds down, its jury picks the winners in the New Lights Competition, designed to salute first- and second-time filmmakers. Andrea Arnold’s “Fish Tank” (not eligible for Oscar because it’s a 2010 release) and Scandar Copti’s and Yaron Shani’s “Woman without Piano” shared the top price; Israeli’s foreign-language Oscar entry “Ajami” received a special jury mention. (indieWIRE)

“The Cove” is the big winner in the nominations for the 2010 Cinema Eye Honors, given in the UK to non-fiction films. The nominations, it says here, were announced at a place called the “Cinema Eye Roller Disco.” Bet the Academy doesn’t have one of those.