In this morning’s roundup of Oscar news ‘n’ notes from around the web, “Precious” wows ‘em in theaters and plays well but doesn’t dominate at the Academy.

Davd Karger looks at the impressive opening-weekend boxoffice numbers for “Precious” and decides that the film is “seeming more and more like a front-runner.” (Oscar Watch) 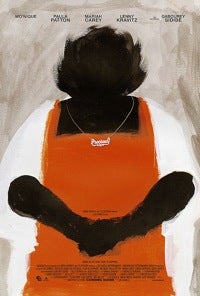 Among the viewers who saw the film over the weekend, incidentally, were a group of Academy members and guests at the Samuel Goldwyn Theater Sunday evening. I hear that the AMPAS members screening drew a smallish audience (about 300 in the 1,000-seat theater) but played well, with the largest applause going to the film’s lead actresses, Gabourey Sidibe and Mo’Nique. (Director Lee Daniels, in contrast, reportedly didn’t prompt as much enthusiasm.) The size of the crowd suggests to me that the film’s biggest problem will get getting Oscar voters to see it.

The Times of London names the 100 best films of the decade. Five best-picture Oscar winners make the list: “Crash” at number 98 (81 slots below the film it beat, “Brokeback Mountain”), “The Lord of the Rings: The Return of the King” at 50, “Gladiator” at 32, “Slumdog Milliionaire” at six and “No Country for Old Men” at three. The top five, they say, are Michael Haneke’s “Cache” at number one, followed by a combo pick of “The Bourne Supremacy” and “The Bourne Ultimatum,” “No Country,” “Grizzly Man” and Trey Parker’s and Matt Stone’s marionette action spoof, “Team America: World Police.” The only two 2009 films that make their list are “The Hurt Locker” and the British comedy “In the Loop.”

A couple of days before the Times unveiled its list, another British paper, the Telegraph, listed the “100 defining films” of the decade. They’re judging cultural impact, mind you, not quality – that’s why “Mamma Mia” is on the list, and why “Avatar” comes in at number 100 based only on 15-minutes of footage. This time, the best-pic Oscar winners on the list are “Crash” (98 again), “The Departed” (65), “No Country” (53), “Gladiator” (48) and “Slumdog” (10). Their top five are “Fahrenheit 9/11,” “Brokeback Mountain,” “The Incredibles,” “There Will Be Blood” and “The Lord of the Rings: The Fellowship of the Ring.”

“I often compare filmmaking with building a ski jump,” says director Michael Haneke. “[T]he actual jumping should be done by the audience.” Alexander Horwath asks the questions, and the director of “The White Ribbon” (and the Times top film of the decade, “Cache”) talks about why he was aiming a slap in the face of the usual storytelling techniques. (Film Comment)

The New York Times calls Mitchell Zuckoff’s Robert Altman bio “scrupulously intelligent and entertaining.” In doing so, reviewer Mark Harris praises the filmmaker and honorary Oscar winner, marking a refreshing change from the controversial L.A. Times review in which Richard Schickel basically said the book was worthless because Altman was an untalented pothead.