In this morning’s roundup of Oscar news ‘n’ notes from around the web, unseen contenders, math homework, and could we end up with an Oscar “Hangover?”

Dave Karger does the same math that the Odds did last Thursday and wonders if nominating 30 percent of the eligible animated features might not be overkill. He doesn’t mention the built-in escape hatch in the category’s rules: the fact that regardless of how many films qualify and how many nominees are possible, only films that the voters score 7.5 or higher (out of 10) are eligible. (Oscar Watch)

Returning to live-action arena, Karger talks to an Oscar voter who thinks “The Hangover” will be a best-picture nominee. Karger’s reaction: probably not. My reaction: hell, no. 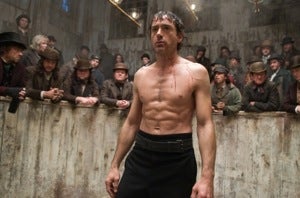 Film Misery picks seven Oscar possible contenders that haven’t started screening yet. The list includes “Amelia,” “The Fantastic Mr. Fox,” “The Lovely Bones,” “Avatar,” “Nine,” “Sherlock Holmes” (right, !) and “The Tree of Life” … but, surprisingly, it does not include Clint Eastwood’s “Invictus,” which last time I looked featured prominently on most forecasters’ lists. Do they know something we don’t? Probably not.

Paste magazine asks if the expanded best-picture category will really lead to a more diverse lineup. The closest they get to an answer is a half-hearted “probably not.”

Tom O’Neil muses about the Oscar chances for “Bright Star.” He doesn’t really reach any conclusions, either. (Gold Derby)

IFC.com looks at the expanded category’s numbers, the campaigning ramifications, and the possible affect on independent films. They wonder if the landscape is shifting away from big-budget films like Rob Marshall’s “Nine” and toward crazy, tiny-budget longshots like “Anvil.”