In this weekend’s roundup of Oscar news ‘n’ notes from around the web, Oscar pundits defend their jobs, and Fox’s junket results in a rave – for the in-flight movie.

Sasha Stone recruits 10 Oscar sages to talk about the best director race, and about whether the Oscars matter. They naturally have a variety of viewpoints, although the one consensus they reach is that yes, the Oscars do matter. It’s good that they agree on that one – because, of course, if the Oscars were meaningless then writing and talking about them would be a pretty depressing way to make a living. (Awards Daily) 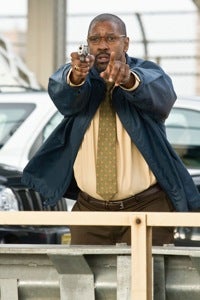 Jeff Wells went to the Fox junket for “Fantastic Mr. Fox” and wrote a rave review, suggesting a best-picture nomination … for the Sony film he saw on the airplane on the way over and the way back. In Wells’ view, Tony Scott’s remake of “The Taking of Pelham 123” is the sort of movie that the expanded category was designed to salute: “This is precisely the kind of shrewd, sharp-angled, deftly layered urban thriller that high-end Hollywood filmmakers like Scott are better at making than anyone else in the world.” I don’t think he really believes it has much of a chance (he prefaces his pitch with the phrase “don’t laugh”), but he makes a decent case that the category could use something mainstream and a little noisy. (Hollywood Elsewhere)

Scott Feinberg updates his Oscar projections. Not many changes: “A Single Man” is up, “Fantastic Mr. Fox” is down, a couple of actors from “The Messenger” make appearances, and “Anvil! The Story of Anvil” rides a week of parties up the documentary-feature chart. (And the Winner Is …)

In his weekly assessment of new films’ Oscar chances, Dave Karger looks at one film, “Where the Wild Things Are.” He likes the film’s best-pic chances, thinks director Spike Jonze has a shot, and thinks the adapted-screenplay category is too crowded already. (Oscar Watch)

Gregory Ellwood says it’s a bad year for lead actresses – that not only will it be hard to find five worthy nominees, it may be hard to find one deserving winner. Then he finds 20 candidates. In assessing Abbie Cornish’s chances for “Bright Star,” he says that the fact that she “broke up the storybook marriage” between Reese Witherspoon and Ryan Phillippe will impact her candidacy. Honestly, does a single Academy voter even remember that (if it’s true), much less care about it? I think not. (Awards Campaign)

Film Misery projects the top supporting actress contenders: 10 women, but from only six movies. Two from “Precious,” three from “Nine,” two from “Up in the Air.”  Not that it matters, but two of their picks are being campaigned for in the lead actress category.