In this morning’s roundup of Oscar news ‘n’ notes from around the web, Quentin Tarantino flips for a chick flick and Oscarologists examine the Oprah Factor.

Quentin Tarantino writes an unexpected mash note to Jane Campion in which he enthuses over “Bright Star”: “Never has heartache been so realistically and movingly portrayed…” Moviefone gets ahold of the note. Good publicity for “Bright Star” ensues.

Tom O’Neil, who’s always liked the idea of Oscar blogging as a contact sport, convenes a panel of, it says here, “esteemed Oscarologists” to consider Lou Lumenick’s suggestion that the Gotham Awards snub of “Precious” was somehow due to an anti-Oprah backlash. Most of us disagree with the notion. By my count, the final score is 6-1 against. (Gold Derby) 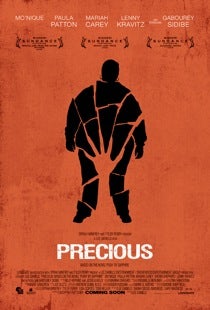 Kris Tapley, meanwhile, considers the movies that might actually have a chance to win best picture, comes up with a shortlist – “Up in the Air,” “The Lovely Bones,” “Invictus” – and then concludes that “Precious” might be in the best position of all. He doesn’t even mention the Oprah Backlash. (In Contention)

Right around the time that the Academy was announcing the Oscar producers, Defamer’s Richard Rushfield wrote a “Guide to Saving the Oscars” only partially predicated on the fact that no producers had been announced. The piece may now be obsolete, but it’s still readable, with suggestions that include a geezer Oscars, a drunken Oscars, an emo Oscars, a reality Oscars …

After prompting considerable controversy over whether it’d be shown, “The Cove” has its Japanese premiere at the Tokyo International Film Festival. Officials from the fisheries cooperative in Taiji, the town whose annual slaughter of dolphins is depicted in the documentary, threaten to sue over what they say are “factual errors” in the movie they haven’t seen. (AFP via Google News)

David Poland promises to write a review of “Amelia,” after asking and answering four questions that pretty much render his subsequent review anti-climactic. (The word “irredeemable” stands out.) (The Hot Blog)

Scott Feinberg says that he’s confirmed that Sony Classics will campaign for Peter Sarsgaard in the supporting-actor category for “An Education,” despite reports that they’ll push him for a best-actor nod. Not a big surprise, since Sony listed Sarsgaard in the supporting category back on October 10 in a list of their contenders and suggested categories. (And the Winner Is …)

Roger Ebert says nice things about Sarsgaard – and about everybody else in “An Education,” particularly star Carey Mulligan: “She has such lightness and grace, you’re pretty sure this is the birth of a star.” He loves the movie, too.