The Toronto International Film Festival  starts today. So maybe in a week or two we’ll have a modicum more clarity in the Oscar race. Maybe. In the meantime … 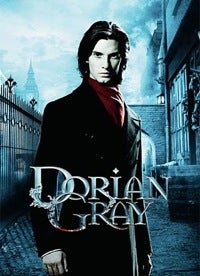 One day after running a list of Toronto’s 10 “buzz-worthy” movies, the L.A. Times puts up a slideshow of the festival’s 12 “must-see” movies. Only five films make both lists; the new lineup adds some that might be in the running in various categories (Pedro Almodovar’s “Broken Embraces,” Grant Heslov’s “The Men Who Stare at Goats”), and others that, well, have nice artwork and look good in a photo gallery (“Dorian Gray,” “The Invention of Lying”).

The Hollywood Reporter says an “intriguing subplot” is developing over which of the Toronto movies from “Juno” alumni can win awards this year. Spoiler alert: director Jason Reitman’s “Up in the Air” is the likely answer, while screenwriter Diablo Cody’s “Jennifer’s Body” and actress Ellen Page’s roller derby movie “Whip It” (directed by Drew Barrymore) are not.

David Poland assembles his “Super Movie Friends,” in this case a group of Toronto writers, to talk about Festival Fatigue and how it’s used to be. (The Hot Blog)

Jeff Wells hasn’t seen any movies in Toronto yet, but he has written two posts (one a complaint) about the festival’s wifi and computer facilities. Wells’ fans wouldn’t have it any other way. (Hollywood Elsewhere)

Mary J. Blige was reportedly so taken with “Precious: Based on the Novel ‘Push’ by Sapphire” that she wrote a new song, “I See in Color,” that’ll be featured in the movie and, of course, submitted to the Academy’s music branch for the always-entertaining best-song category. (In Contention)