Peter Bart hangs out with two of the directors bringing that girl power. In Bart’s slightly-snarky, ultimate-insidery way, he hints that he was more comfortable with “The Hurt Locker’s” Kathryn Bigelow (“tall…model-thin…gracious”) than “Bright Star’s” Jane Campion (“cerebral…perplexed…stand-offish”). (Variety)
(Below, Campion photo by Patrick Swirc/Apparition) 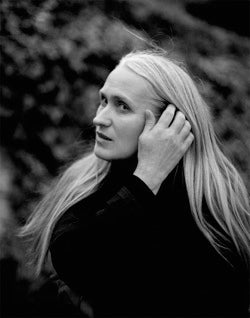 Sony Pictures Classics, which already looks to have a pretty busy Oscar season, picks up “Get Low,” thereby putting Robert Duvall into the best actor mix. Then they add “Lebanon,” which may well become Israel’s entry into the Academy’s foreign-language race. (SPC already has the rights to Germany’s entry, “The White Ribbon,” and France’s, “A Prophet.”) (Variety)

Kris Tapley looks at the awards season and asks (and then answers) a question all of us Oscar pundits might do well to ask ourselves: “[D]o we think we know more than we actually do? Probably.” Of course, he then goes on to spend the next 1,000 words telling us what he thinks he knows. (In Contention)

Anne Thompson’s Toronto scorecard: “A Serious Man” and “Up in the Air,” yea; “The Informant!” and “Creation,” nay. (Thompson on Hollywood)

David Poland looks at the Producers Guild’s move to 10 nominations, and concludes that it doesn’t mean much. (The Hot Blog)

Pace yourself, says Eugene Hernandez: If the Oscar race is a marathon, we’re only at the two-mile mark. (indieWIRE)