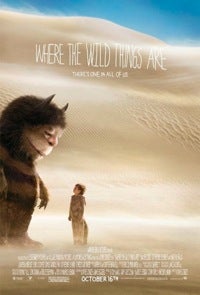 Awards Daily shows off a gorgeous poster for “Where the Wild Things Are,” and a pair of pretty terrific ones for “The Road.” Look, I know there’s been talk of “Wild Things” being a troubled production, and some people think the trailer looks silly and all that, but is it too much to ask that the movie turn out to be a wondrous little concoction that quietly, deftly captures the book’s magic? I think Spike Jonze has got it in him, and something about the images tells me he might have done it … even if a lot of people seem to think it’s doomed. (Awards Daily)

Meanwhile, well outside of Hollywood, the festivals are underway in Venice and Telluride. Toronto starts next Thursday. And everybody expects –hell, they practically demand – a small bit of awards-season clarity to emerge by the end of the month, when serious candidates can emerge (i.e. last year’s biggie, “Slumdog Millionaire”) and potential rivals can fizzle (Steven Zallian’s “All the King’s Men” a couple of years back) courtesy of positive or negative festival reaction. (Venice Film Festival, Telluride Film Festival, Toronto International Film Festival)

Toronto’s hometown paper says their festival is important to Oscar because the city’s moviegoers have really, really good taste. (The Globe and Mail)

Anne Thompson flies to Telluride and checks out her fellow travelers. (Thompson on Hollywood)

Kris Tapley’s also in Telluride, where he delivers the following verdicts on festival films he’s already seen: “An Education” is wonderful, “Bright Star” is impeccable but uninvolving, and “London River” is surprisingly good. Then he goes to work watching new movies, and immediately announces that Helen Mirren and James McEvoy are terrific in “The Last Station,” which is still in search of distribution. (In Contention)

Guy Lodge reports from Venice, where he took a shine to Todd Solondz’s “Life During Wartime,” thinks Austria ought to submit Jessica Hausner’s “Lourdes” to the Academy’s foreign-film competition, and is distinctly unimpressed by Werner Herzog’s two latest. (In Contention)

And, looking to the end of the month, the Aspen Filmfest will give a special new award to director Jason Reitman, who by then could be a bigtime Oscar contender if “Up in the Air” plays as well in Toronto (and in its widely-rumored, unsurprising "surprise" slot at Telluride) as its many supporters hope. Plus they burnish Stanley Tucci’s supporting-actor hopes with the Independent by Nature Award, a somewhat ironic honor since he’s in the race not with an indie, but with the major-studio picture “Julie and Julia.” (Aspen Film)