An internal document leaked to Vice shows Google fired dozens of its employees for abusing their access to user or employee data between 2018 and 2020.

The document shows investigations into how the search giant’s employees used their access to steal, leak or mishandle confidential data. The problem has been prolific across other tech companies from Facebook to Snap, where employees have been found to abuse their access — sometimes for personal reasons — to data on users.

The internal report says Google fired 36 employees in 2020 over security issues — 86% of all Google’s security-related concerns against its employees involved them inappropriately accessing confidential information that is only available internally. This can mean looking at user or employee data, or even changing or deleting this data, all of which violate Google’s company policies. 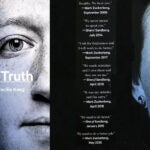 Also Read:
Facebook’s Ugly Update: Everything You Knew Was True, But Worse

In 2020, 10% of the concerns were involving this misuse of data, and in 2019 it was 13% of the total security-related issues, according to the report. The source that leaked the document said the company fired 26 people in 2019 and 18 in 2018 over similar security concerns.

In the recent book “The Ugly Truth: Inside Facebook’s Battle for Domination,” the two authors found that Facebook fired 52 employees between 2014 and 2015 for abusing access to user data. In one case, an engineer was discovered to be using his access for personal reasons, tracking a woman’s whereabouts after the two had a fight during a trip.