Before the board of governors voted him an honorary Academy Award last month, Gordon Willis was renowned as both the most influential cinematographer of his era, and the one of the most unjustly overlooked craftsmen in Oscar history.  In one seven-year stretch in the 1970s, Willis was the director of photography on a seven movies that received 39 nominations and won 19 Oscars, including three best-picture awards – all without a single nomination for Willis himself.

Finally, after being passed over when he did groundbreaking work on such visually iconic films as “The Godfather” and “Manhattan,” Willis got his first nod for “Zelig,” the sixth movie he’d made with Woody Allen; he later picked up a second nomination for “The Godfather Part III,” the last and least entry in that Francis Coppola saga. His reputation among critics and fellow cinematographers, meanwhile, far outstripped his meager recognition from the Academy: "His work was a milestone in visual storytelling," cinematographer William Fraker once told the Boston Globe.

Known as a master of light and shadow, a cinematographer who made greater use of darkness than anyone who came before him, and a demanding collaborator who wielded great power on a set, Willis is now 78. He lives in Massachusetts, and spoke to the Wrap this week about his career, his latest honor, and his odd relationship with the Oscars. 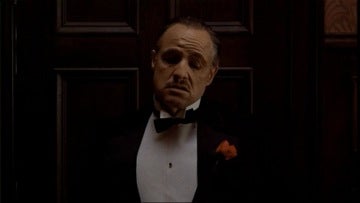 How’d you find out about the honorary Oscar?
The Academy called. It was, like, 11 o’clock at night. Sort of caught me off guard there, because it came out of the blue. It was a very nice surprise. Kind of dazzling, actually.

Have you been to many Oscar shows in the past?
I’ve never been to an Oscar ceremony, actually.   I’ve been nominated three times by the British academy and twice by the American academy, but I’ve never attended. It’s something that I never really got that excited about.   I’ll go to this one, though. In this case you know you’re getting the award, so that’s fun.

In the past, especially during the 1970s, the Academy got lots of attention for not nominating you.
Yeah, it caused quite a storm here and there. And I suppose it was disappointing once or twice. But I’ve had more than my share of fair. I’ve had a lot of attention from film critics and newspapers here and there, which is fine. I enjoy it. But I think it’s a mistake if you measure what you do by anything of this sort. It’s nice to have it, but it shouldn’t be your benchmark.

Do you think that the two movies for which you were nominated, “Zelig” and “The Godfather Part III,” are among your best?
No. Especially “Part III.” The first two “Godfather” films were very, very good, but to go home again on the third one was probably a mistake. And “Zelig” – yeah, I’m proud of “Zelig,” but it’s not a benchmark visually. It was just technically a very good movie, and a difficult movie to piece together. But that’s it.

Which films provided the biggest challenges?
Well, “Godfather II” was a huge challenge. We traveled all over the place: New York, then the Dominican Republic, and then Los Angeles, and Italy. That takes a toll on you after a year of shooting. In many ways it was a challenge, visually and technically. It’s one of the best movies I’ve ever done, but one of the worst to deal with from day to day.

Were there certain movies, or certain looks in movies, that had particular impact on you when you were starting out?
I don’t want people to misunderstand this, but there was nobody I really fell in love with. What I fell in love with was the overall look and structure of movies. I spent a lot of my childhood in the movies, and I loved them. My dad worked for Warner Bros. as a makeup man in the ‘30s, and I just loved the visual feel of everything that was going on, especially in the Warner Bros. movies. I just loved the movie environment, and I sort of absorbed all that. When you start out, you tend to try to replicate what you’ve seen other people do. But that’s a big mistake. You have to push past that very quickly and do what you think is right.

Early on, you started doing things that most cinematographers hadn’t done – particularly in lighting, where you became known for a embracing darkness and shadows.
Right.

Did you get lots of resistance from studios and directors?
Oh yes. Practically all the time. The standard note you’d get from the studio was, “They’ll never see this at the drive-in.” And my answer was always, “Well, if they’re at the drive-in, they’re not watching the movie anyway.” And I’d get a lot of resistance from my own craft union, and from directors who were understandably terrified. I made a lot of people nervous. After “The Godfather,” I worked with dozens of actresses, and they were all terrified they’d end up looking like Marlon Brando.

What was the thinking behind the way you lit Brando in “The Godfather?”
Well, there was no great in-depth thinking going on. But the lighting structure for all three of the “Godfathers” was predicated on Brando’s first appearance in the first movie, when the wedding is going on outside but he’s in a dark room. I used overhead lighting to define what kind of person he was, and to bring out his makeup. I got a lot of criticism, because people said, “You can’t see his eyes!” I didn’t want you to see his eyes, at least not until the next reel. It was a very definitive plan to do it that way, and we carried it through the rest of the movies.

You were always known for being a very active collaborator …
Generally, yes. I had very good relationships with most of the directors I worked with, and as a result I had a great deal to do with the visual design of a lot of the movies.

Did you often find yourself butting heads with your directors?
Well, I never really liked to butt heads. Working with Woody was like working with your hands in your pockets. It was very, very pleasant and easy. But I had an enormous amount of friction with Francis on “Godfather I.” Everybody was giving him a tough time on that movie—Paramount was giving him a rough time, and I was giving him a tough time about things, too. I’m glad he got through it. I give him a great deal of credit for coming back and hiring me for the second time, and then amazingly for the third time as well.

Do you have favorite cinematographers now, or movies you think are particularly well shot?
People ask me that question, and I’d rather not step in to it. You can get all tangled up in the wrong thing to say. Yes, there are people who are still making reasonably good movies. But they’re few and far between. I’m stuck in the past. I still like movies where people talk to each other, that are narrative driven. That’s getting rare. There are mostly widescreen video games being produced now.

What do you think about receiving your honorary Oscar in a separate ceremony rather than on the Oscar show?
I personally think it’s a good idea. Because Oscars shows are, you know, like vaudeville shows. Those shows, it’s a lot of hysterical people running around trying to cram ten pounds into a five-pound bag, so to speak. And these particular [honorary] awards always got jammed in at the last minute before a commercial. So I give them credit for doing it this way. Also, it’s not being televised, which for me is a godsend.