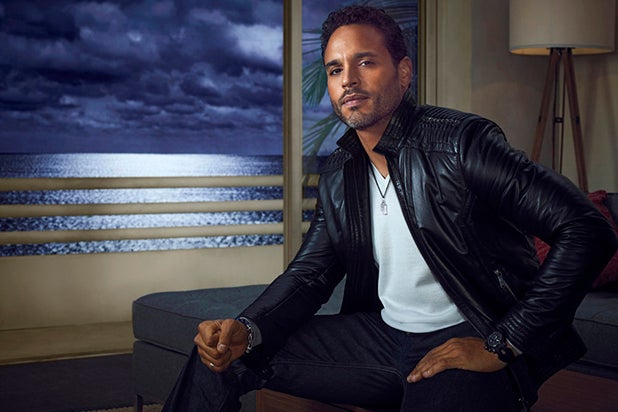 As FBI agent Paul Briggs on “Graceland,” Daniel Sunjata is well-versed in playing all the shades of gray in a complicated man who’s not afraid to do business on both sides of the law in order to protect himself. Perhaps there’s a heart of gold hiding beneath all the shady dealings, but Briggs is a villain as often as he is a hero.

A contender for a Best Actor Emmy nomination, the actor took a moment to reminisce with TheWrap about Season 1, how mental challenges far outweighed the physical demands of the role, why getting to know his fellow castmembers was the most fun thing he got to do, and the surprising TV series he most recently binge-watched.

What was the toughest thing you had to do last season?
I would say the most challenging thing was the amount of short-term memorization we had to do. We started the season out with a few scripts already written, but by the middle of the season we had a little less notice and we were getting revisions kind of last minute. It required a lot of mental agility. Physical demands of the show really weren’t that bad since we all had stunt people to step in to do the life-threatening stuff, so I’d say [the mental part] was the toughest.

Let’s assume that somebody has never seen your show. What would you say to persuade them to watch it?
I would say “Graceland” is a great way to check out of your problems for an hour a week. Sit down, see some really good storytelling and hopefully some really good acting.

If you could play any other role on any other show, what would it be?
It’d be awesome to be the lead on “Breaking Bad.”

What was the last TV show you binge-watched? How many episodes did you see in a sitting?
The last show I binge-watched was, believe it or not, “Battlestar Galactica,” the most current version. I probably sat through about eight hours of television in a day. It caught me off guard. I had gotten a stack of episodes for consideration, I guess it was around Emmy season, and I popped it in just to kill a little bit of time and I didn’t expect to like it as much as I did. I was like, “Wow.“

If you get nominated, what will you pick as your Emmy episode?
The season finale.