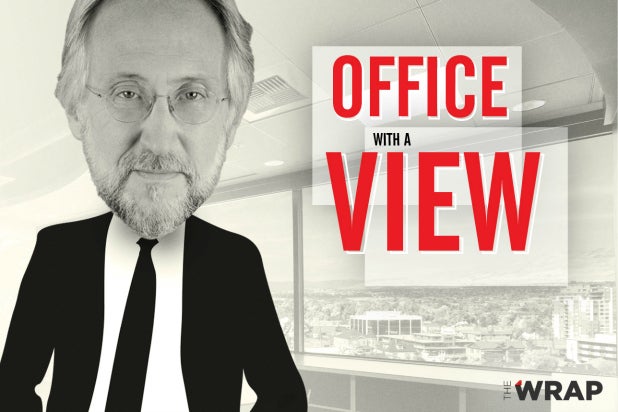 Neil Portnow has a pretty good idea of what he is going to talk about during his podium time at Sunday’s Grammy Awards: As long as nothing big and tragic happens between now and then, expect the National Academy of Recording Arts and Sciences president to push copyright reform.

“I’m guessing it will be advocacy-based,” Portnow told TheWrap of his Academy Message on Sunday’s CBS telecast. “But then again, we don’t control what happens in the world. And we hope there aren’t tragedies to talk about, but if all is well and good — it’s probably a year for advocacy.”

“It’s really important that there be fair payment and compensation to all members of the creative community … across all of the platforms,” Portnow continued, pushing better financial incentives for songwriters and composers in the complicated digital era. “It’s going to take some solidarity in Washington.”

Portnow’s Academy is a membership organization, approximately 24,000 strong. About 14,000 members vote for the Grammys, and while the group’s leader gets a vote, he doesn’t use it. The soft-spoken president never wants to be a potential tiebreaker, he said — as unlikely as that may seem.

Here are some other fun facts Portnow shared during our interview for TheWrap’s Office With a View series, which highlights high-ranking executives in the entertainment and media industries: Yes, Portnow is among the select few who know the Grammy winners before the show. Also of interest, Portnow has four statuettes in his office right now — a regular Grammy Award, a Lifetime Achievement Trustees Award, a Technical Grammy Award, and the Music Educator’s Award.

He also keeps a (non-engraved) gold gramophone at home for “business purposes,” he said. All are on loan from the Recording Academy.

To speak with Portnow at length — which we did for this profile piece — it becomes clear that the man loves his job, his group’s causes, and music itself. Those passions all culminate — publicly, at least — with Sunday’s awards show, which he of course also reveres. Portnow is particularly proud to point out that the Grammys are not about sales, marketing, chart positioning or even a fan vote — rather it is simply peers analyzing what he calls “excellence” in music each year.

“There’s nothing that’s a higher honor or more meaningful,” he said of the musician-on-musician lovefest.

In addition to the prestige that comes from taking home a trophy, there’s also a “gravitas” to performing on his show that the growing competition of music awards shows lacks, Portnow added.

“We are the best of the best,” he told TheWrap. “When it comes to music on television there is no entity that is more highly regarded or more watched.”

Of course, being on top means there’s pretty much only one direction to go — something Portnow is well-aware of.

“The downside of being the market leader is if you’re not careful … if you are perhaps a little bit cocky about it or don’t pay attention, it doesn’t take long for brands to lose their luster,” he said.

Portnow added: “Part of what’s on my mind always is, ‘What’s next? How do we maintain? How do we move the needle on this and keep moving the agenda forward, and better, and bigger and expanding what is arguably the finest, more recognized, prestigious brand in music in the world?”

The head honcho of the Recording Academy — which it is generally called for the sake of brevity — may have an editorial series-qualifying office with a view now, but he started on the creative side of the music business, being inspired by the view from his parent’s sofa. After seeing a musician by the name of Elvis Presley on “The Ed Sullivan Show,” the executive picked up the guitar and never looked back.

“It took the country by storm … it took me by storm,” he recalled.

Portnow started with private lessons and joined the school band, playing the violin parts on his six string. Eventually, the music-obsessed teen graduated to being part of the “hot, cool rock band” — his words — in high school, The Savages, with whom’s members he remains friends and occasional jam-session partners with.

In college, Portnow landed a record deal, which exposed him to the business side of the industry. Realizing that he could have a “good” career playing, or a “great” one on the business side, Portnow elected for the latter, he said.

Portnow began producing, got hired at RCA Records, and was later promoted to A&R vice president. From there, he moved out west, networked and rose through the ranks to where he sits today.

And in that aforementioned office with an aforementioned view, Portnow is likely fine-tuning his Academy Message for Sunday as you read this. If you’re a betting man or a betting woman, put your money on copyright reform and licensing issues as the core of his appeal. Also, expect a dollop of gratitude and a dash of excitement from the man who isn’t short on praise for the music gig he maybe didn’t set out to book, but is thrilled that he ended up with.

The 57th Annual Grammy Awards air Sunday on CBS at 8 p.m. ET. If you want to read more about Portnow’s stance on copyright reform, read his June statement to the U.S. House of Representatives here.

The 56th annual Grammy Awards are hours away. See what all of this year’s nominees and celebrity guests are wearing on their way into the Staples Center in downtown Los Angeles