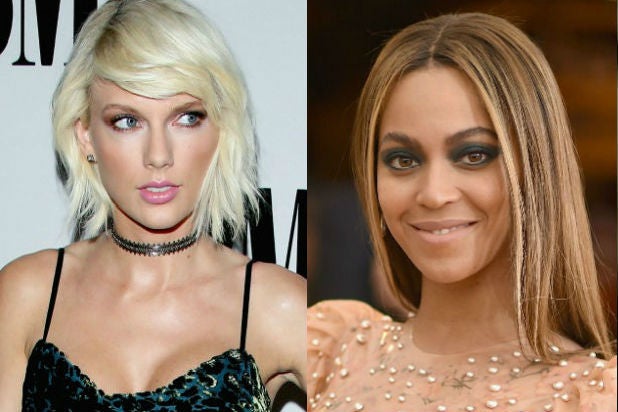 The 1976 disco song “More, More, More” wasn’t eligible for this year’s Grammy Awards, but it might as well have been the Recording Academy’s theme song when nominations were announced on Friday morning.

And even more high-profile snubs, with longtime Grammy favorites Taylor Swift and Beyoncé passed over in the categories where they once reigned supreme.

These are the freshly supersized Grammys, with eight nominees instead of five in the four general categories that are the show’s centerpieces. And on the heels of a push for diversity and inclusion that sprang out of last year’s perception that the Grammys were shortchanging female artists, women were featured artists on five of the eight Record of the Year, Album of the Year and Song of the Year nominees.

Last year, when the Grammys were lauded for finally recognizing that hip-hop is at the center of popular music, they were also slammed for not featuring a single Record of the Year nominee fronted by a woman and letting only Lorde into the lineup of Album of the Year nominees. Academy president Neil Portnow made matters worse in the aftermath of the #GrammysSoMale backlash when he said that women in the music industry needed to “step up.”

So in May, the academy launched a task force to improve diversity and inclusion, and over the rest of the year it pushed to put more women on its governance committees and on the nomination review committees that oversee its categories. The result made the review committee 51 percent male and 48 percent people of color — and together with what was a very good year for female artists, it resulted in marquee categories filled with the likes of Cardi B, Brandi Carlile, Lady Gaga, Kacey Musgraves and Maren Morris.

Also Read: Eminem Scores Grammy Nomination for Song Where He Sings 'I Sold My Soul' for Grammys

Of course, the supersized categories contained plenty of room for Kendrick Lamar, who led all artists with eight nominations, most for “All the Stars” from his “Black Panther” soundtrack. And for Drake, nominated in all three of the top categories, and Childish Gambino, whose “This Is America” was nominated for Record and Song of the Year.

Who was missing? Well, that’s when the Grammys’ embrace of female artists gets interesting. Two-time Album of the Year winner Taylor Swift was eligible for “Reputation,” but she was shut out of the top categories and had to settle for a single nomination, for Best Pop Vocal Album.

And Beyoncé and Jay-Z’s “Everything Is Love” didn’t even get a token nomination, being shut out completely 10 months after they sat in the front row at the Grammys with their daughter, Blue Ivy.

They weren’t the only favorites who were bypassed by voters: Ed Sheeran and Beyoncé’s “Perfect” didn’t get an expected Record of the Year nomination, and neither did Maroon 5’s collaboration with Cardi B, “Girls Like You.”

But that’s the Grammys for you: With more than 21,000 entries competing for spots in the 84 categories, every corner of the music world is bound to feel embraced at times and snubbed at other times.

And Friday’s beefed-up nominations did both of those things as the 13,000 Grammy voters tried to wrap their arms around the world and found that those arms don’t quite stretch far enough.