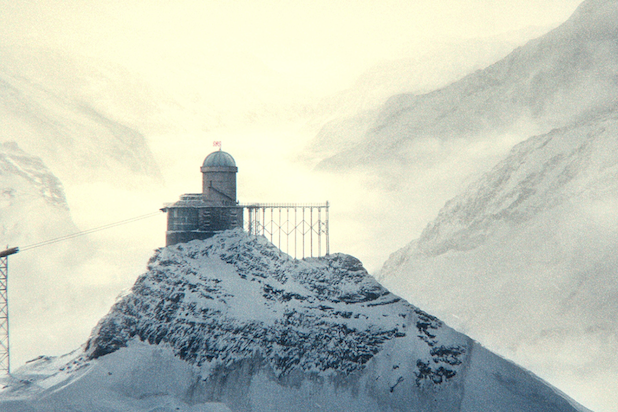 LOOK FX not only helped Wes Anderson resurrect a vacation resort from another era in “The Grand Budapest Hotel,” the visual effects firm also served as matchmaker when it came to setting the production up with lucrative foreign incentives.

A chance presentation on the company’s work on “Black Swan” at a visual effects conference in Germany in 2011, gave LOOK Effects co-founder Henrik Fett insight into funding opportunities that were available in the country. At the talk, Fett met representatives of MFG Baden-Württemberg Film-Funding, an organization that promotes filmmaking in the German state and provides financial support for various elements of production — from script writing to post-production work.

Fett worked for nearly two years to identify the first American production that could be presented to MFG for consideration, and was inspired to set up “The Grand Budapest Hotel” with the organization’s leadership after he discovered that Anderson planned to shoot much of the picture in the Saxony region of Germany. The result was about 450,000 euros or $600,000 in subsidies and the establishment of a base for LOOK FX in Stuttgart.

“It was a mutually beneficial,” Fett said. “We came into the region with a highly regarded director and project and they offer a highly skilled and creative workforce.”

Unlike other state and federal subsidies, this is not a tax credit. That meant the production’s backers did not have to find a secondary buyer to convert their credits to cash or to come up with ways of financing against future subsidies for cash flow purposes. Moreover, the benefit was not calculated based on the percentage producers spend in Germany on visual effects or other post-production work, it was purely determined by a committee vote.

Making the effects involved another set of challenges, including the employment of a crew of 15 mostly German workers.

“There was definitely a bit of culture shock,” Gabriel Sanchez, the film’s visual effects supervisor, said. “It was my first time in Europe and there was the challenge of working in a foreign country for the first time and dealing with artists you don’t know.”

The technical hurdles were also tricky. LOOK FX completed more than 300 digitally enhanced shots for the film over 10 months, from crafting matte paintings of pre-World War II Europe to filling in green screen work for a mountain-top chase sequence. The crew was called on to digitally dress the grand hotel of the title so that the vast, polished interiors glimpsed in the sequences that unfold in the 1930s, look dilapidated and worn out in the 1960s.

Further complicating matters, LOOK FX’s work had to blend in with the miniature versions of hotels, observatories and ski lifts that Anderson deployed in key sequences and to make the physical and digital creations appear seamless.

“We’re not making ‘The Matrix’ here, we’re not making ‘The Hobbit,’ where there are these big, epic, huge masses of armies,” Jeremy Dawson, the film’s producer, said. “What we’re doing requires visual effects firepower, but it’s in the service of helping Wes get his vision on screen.”

Also read: Dear Hollywood: Fix VFX, It Will Fix the Movie Biz for You (Guest Blog)

To that end, Anderson asked that nothing appear to be noticeably digitally enhanced, Sanchez said.

“It has to be invisible,” Sanchez said. “The industry has changed to the point  where this is not a visual effects type of film, but everything these days gets enhanced digitally and that has become a part of the process. Wes is using that to his advantage when it comes to composing his films.”

As for LOOK FX, the company will move into new, larger offices in the heart of Stuttgart later this month and Fett is busy trying to line up more American projects to work on in the region. “The number of projects in Germany is on the incline and it’s only going to increase,” Fett said.