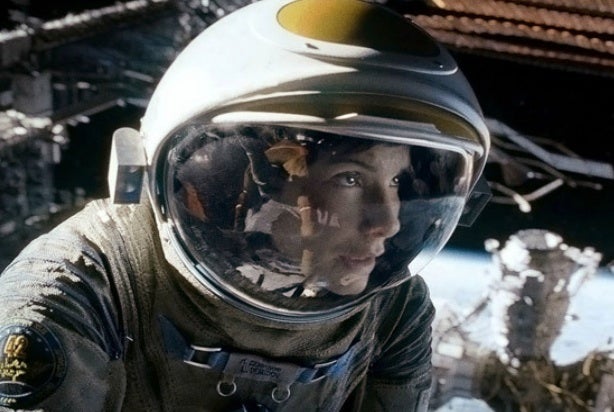 The Chinese authorities have scheduled back-to-back debuts for “Gravity” and “The Hunger Games: Catching Fire,” two of the biggest films of the year. The films will debut within a day of each other and the head-to-head match-up will likely cost both pictures millions of dollars at the box office, analysts say.

“These two films will be very successful, but they’d be more successful if they didn’t compete with each other,” he added. “There’s plenty of room for American and Chinese films.”

Nor is it the first time that China has practiced this kind of gladiatorial scheduling. Last year, the county opened “The Dark Knight Rises” and “The Amazing Spider-Man” simultaneously, which studio executives privately grumbled hurt their box office takes.

“The Amazing Spider-Man” ended its box office run in the People’s Republic with a $48.8 million haul, while “The Dark Knight Rises” netted $52.8 million from the market, according to Box Office Mojo. Those are impressive figures, but they pale next to the $111.9 million that “Pacific Rim” achieved this summer or the $121.2 million “Iron Man 3” racked up in its Chinese release.

With “Thor: The Dark World” also likely to debut in China this November, that will create a competition for audiences and 3D and IMAX screens.

A spokesman for Lionsgate, which is releasing “The Hunger Games: Catching Fire,” declined to comment. A spokesman for Warner Bros. did not have an immediate comment.

China, with its burgeoning middle class, is seen as a key area of growth for a film business that has been hit hard by the downturn in DVD sales. In 2012, it surpassed Japan to become the second largest market for films, contributing $2.7 billion in box-office revenue — a 36 percent jump from the previous year.

Not that there haven’t been bumps along the way. Last summer, the major studios engaged in a protracted standoff with Chinese authorities over a luxury tax on box-office receipts that they argued violated trade agreements. The dispute was ultimately resolved in Hollywood’s favor.

In the past, this tendency to schedule American films on top of each other has been viewed as a form of protectionism by the Chinese. After all, the country wants to build its own domestic film business; an effort that could be undercut by an onslaught of Hollywood imports.

Also read: ‘Hunger Games’ Star Josh Hutcherson Is So Down With a Peeta-Katniss-Gale Threeway

It’s also an inevitable result of the Chinese trying to fit as many U.S. films in as they can before the end of the year. China allows 34 U.S. films to debut in its borders each year, but with two months left in 2013, many big films have yet to debut in the country.

“They didn’t do a great job with spreading out the foreign films this year and they left a lot until the end of the year,” Robert Cain, the founder of Pacific Bridge Pictures and a consultant with over 30 years of experience working in China, said. “As a result, you’re seeing a crush of late October and November releases…They’ll still do well, but they’re going to have to share the IMAX screens, so it’s going to have an impact.”

It’s too early, to pick a winner, but Continro predicts that “The Hunger Games: Catching Fire” will more than double the $27 million the first film grossed in China, because enthusiasm for the franchise has continued to grow and the country’s network of theaters has expanded substantially.

In the case of “Gravity,” it helps that a Chinese space shuttle serves as a key plot point in the outer space adventure.

That national heroism could prove lucrative.