Greenblatt’s Deli and Fine Wines is closing permanently after 95 years of pastrami sandwiches and vintage vino. The West Hollywood landmark fed generations of Angelenos, including movie stars like Marlon Brando and Marilyn Monroe.

The news began to spread on social media Tuesday, with a source at Greenblatt’s confirming to Eater on Wednesday that the restaurant is shuttering due to the difficulty of running the business and finding staff.

The source also told the outlet that one of the reasons why it was closing so abruptly was because owner Jeff Kavin wanted to “close gracefully” before the Jewish high holidays, which are usually extremely busy for the restaurant. Kavin will also reportedly look to sell Greenblatt’s, but if no buyers are interested, then it’s unclear if the deli and wine shop would ever reopen. 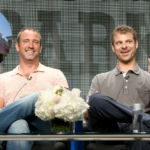 Greenblatt’s was founded by Herman Greenblatt in 1926. The Kavin family acquired the business in the 1940s and has owned it ever since.

Former Gourmet Magazine critic Colman Andrews called Greenblatts’s the “best pastrami in the country” while Halle Berry told Esquire that it was her “favorite deli,” adding that, “Greenblatt’s is more than a deli: it’s a place that houses the finest wine in the city.” 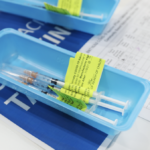 Inside the restaurant, there’s a laminated letter posted on the wall from Kirk Douglas and addressed to owner Jeff Kavin. Dated Aug. 2, 2002, it states, “There are some institutions that must always exist. Greenblatt’s Deli is one of them. You are almost as old as I am.”

Some notable locals have been mourning the loss of yet another LA institution (like ArcLight Cinemas earlier in the summer).

Henry Winkler posted, “When I first arrived in Los Angeles I lived right up the street…got a tuna on rye everyday…THANK YOU Greenblatt’s Deli!!!! 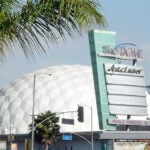 Also Read:
Hollywood Desperate for ‘Someone’ to Save Arclight Theatre: ‘Netflix You Know What to Do’
x