Director Paul Greengrass has passed on doing the fourth installment of Universal’s "Bourne Identity" series because of a disagreement with the studio over the timing of the film, TheWrap has learned. 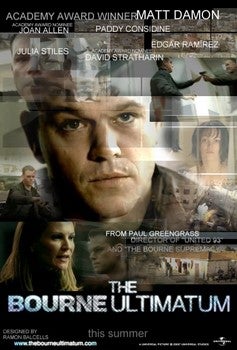 Greengrass wanted to push the film back a year and a half, moving it to 2012, but the studio was unwilling to wait, according to individuals in the studio camp.

Whether the project gets done now at all hinges on star Matt Damon.

Previously, Damon had said that he would be involved if Greengrass — who directed him in "The Bourne Supremacy" and "The Bourne Ultimatum" — was involved. (The first film in the series, "The Bourne Identity," was directed by Doug Liman.)

Now it’s an open question as to whether Damon will participate.

According to blog The Playlist, Greengrass left the film last week over an issue with who’s writing the script. Citing friends and sources close to the project, the blog said there were two scripts, one by "Ultimatum" co-writer George Nolfi, who is now working with Damon on "The Adjustment Bureau," another by hot scribe Josh Zetumer (Peter Berg’s "Dune"), who was hired by Universal without consulting Greengrass.

However, TheWrap’s individual in the studio camp said that that there was no script.
Greengrass’s agent could not be reached Monday night for comment.
However, on Tuesday, Universal confirmed Greengrass had left the picture and issued the following statement from him:
"You won’t find a more devoted supporter of the Bourne franchise than me. I will always be grateful to have been the caretaker to Jason Bourne over the course of ‘The Bourne Supremacy’ and ‘The Bourne Ultimatum.’ I’m very proud of those films and feel they express everything I most passionately believe about the possibility of making quality movies in the mainstream.
"My decision to not return a third time as director is simply about feeling the call for a different challenge. There’s been no disagreement with Universal Pictures. The opportunity to work with the Bourne family again is a difficult thing to pass up, but we have discussed this together and they have been incredibly understanding and supportive.
"I’ve been lucky enough to have made four films for Universal, and our relationship continues. Jason Bourne existed before me and will continue, and I hope to remain involved in some capacity as the series moves on."

Meanwhile, Greengrass has been tinkering with "Green Zone" on Universal’s dime. The budget on that film, which was going to be a "smaller" film than the "Bourne" pictures, initially was said to be about $100 million, but recent reports put it closer to $150 million.