“The Five” co-hosts Jeanine Pirro and Greg Gutfeld are either not fans of Mary Poppins or of the Department of Homeland Security’s Disinformation Governance Board (DGB) member Nina Jankowicz, whose TikTok song parody about the danger of disinformation left them cringing.

In the social media clip, Jankowicz warns viewers about the harms of disinformation set to the tune of Mary Poppins’ beloved “Supercalifragilisticexpialidocious.”

“Information laundering is really quite ferocious / It’s when a huckster takes some lies and makes them sound precocious / By saying them in Congress or some mainstream outlet, so dis- / information’s origins are slightly less atrocious,” Jankowicz’s melodic spoof begins.

She continues, “Like when Rudy Giuliani shared bad intel from Ukraine / Or when TikTok influencers said COVID can’t cause pain / They’re laundering disinfo and we really should take note / And not support their lies with our wallet, voice or vote.” 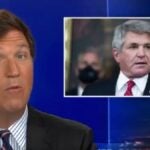 Pirro couldn’t keep a straight face and sarcastically questioned if the DGB leader is related to Weird Al Yankovic, the famous parody musician. Gutfeld joked, “Close, but no cigar. First of all, I believe America has a class-action suit against Fox for playing that because my ears want to commit suicide. I don’t know what kind of damage, PTSD, I got from listening to that but it’s there.”

Gutfeld likened the board’s acronym, DGB, to the Soviet Union’s KGB, the former state’s security agency, adding that the DGB is a form of “thought police.” He also called Jankowicz a “woke bot” and the “very worst person you would give any authority to.”

Formed on Wednesday, the DGB aims to counter disinformation from Russia, as well as misleading information targeting migrants. Jankowicz was picked to head the division for her research on Russian misinformation tactics and online harassment. 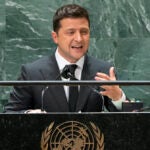