Ukrainian president Volodymyr Zelenskyy has issued a decree to combine all national television stations into one platform to counteract the spread of misinformation and “tell the truth about the war,” his office announced Sunday.

In a press statement, Zelenskyy’s office explained that a “unified information policy in martial law” is a matter of national security, given “the direct military aggression of the Russian Federation, the active dissemination of misinformation by the aggressor state, [and] distortion of information, as well as justifying or denying the armed aggression of the Russian Federation against Ukraine…”

“United News,” as the platform has been named, will mostly consist of “information and/or information-analytical programs on a single information platform of strategic communication.” It will be a “round-the-clock information marathon,” the release said. 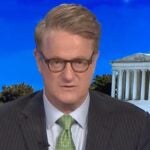 Under this decree, privately-owned media companies in Ukraine will be suspended for the time being, and it “shall enter into force on the day of its publication.”

Another press release on the president’s website announced a temporary ban on “any activity” by 11 political parties that may have “ties” to the Russian Federation.

Also on Sunday, Zelenskyy told CNN that he’s ready to enter negotiations with Russian President Vladimir Putin after Russia heads into its fourth week of war against Ukraine. 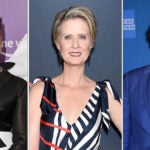