Tom Hanks and Gary Goetzman’s Playtone has signed a multiyear exclusive TV overall deal with Apple TV+, the streamer announced Tuesday. And in addition to the Playtone deal, an individual with knowledge also told TheWrap that a sequel to Hanks’ WWII epic “Greyhound” is also currently in development.

As part of the exclusive deal, Apple Studios will develop, produce and distribute globally Playtone projects, and it encompasses any scripted series, documentaries or other unscripted properties.

No other details about the “Greyhound” sequel were immediately available or whether Hanks would be expected to return to star, but Apple Studios would be producing the sequel. 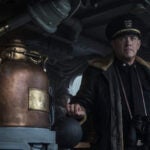 “Greyhound” was released on Apple TV+ in summer 2020 and was one of the streamer’s first tentpole features after Apple acquired it for release from Sony Pictures amid the pandemic. The film was directed by Aaron Schneider and starred Hanks as the commander of an Allied convoy trying to outrun and evade a pack of German submarines. Apple at the time boasted that the film was the most-viewed title on Apple TV+ upon its release, and the film also scored an Oscar nomination for Best Sound.

Playtone along with Amblin Television also has coming up for Apple TV+ a series called “Masters of the Air,” another World War II series that stars “Elvis” actor Austin Butler in the lead role as an Allied pilot during the war. 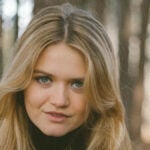 Hanks in addition to “Greyhound” also starred in last year’s “Finch” for Apple TV+, and he’ll next be seen in Disney’s “Pinocchio,” “Elvis” for Warner Bros. and Sony’s English-language remake of “A Man Called Ove.”