When the newly-restored version of Luchino Visconti’s “Il Gattopardo” (“The Leopard”) premieres at Cannes on Friday, viewers will have Martin Scorsese’s Film Foundation to thank for the restoration done to the 1963 Palme d’Or winner.

But they’ll also have to thank the Italian fashion house Gucci, which donated $900,000 to Scorsese’s foundation to help restore that film, as well as to do upcoming work on Federico Fellini’s 1960 classic “La Dolce Vita.”

Over the years, Gucci has donated $1.5 million to the Film Foundation for the restoration of six classic films, including John Cassavetes’ “A Woman Under the Influence,” Michaelangelo Antonioni’s “Le Amiche,” Barbara Loden’s “Wanda” and Visconti’s “Senso.” 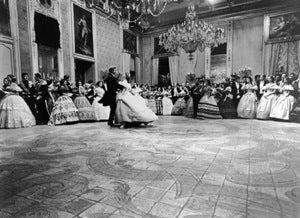 The night after the restored film’s unveiling, Gucci’s creative director, Frida Giannini, and Vanity Fair editor Graydon Carter will host a dinner and party in honor of Scorsese and the Film Foundation’s 20th anniversary.