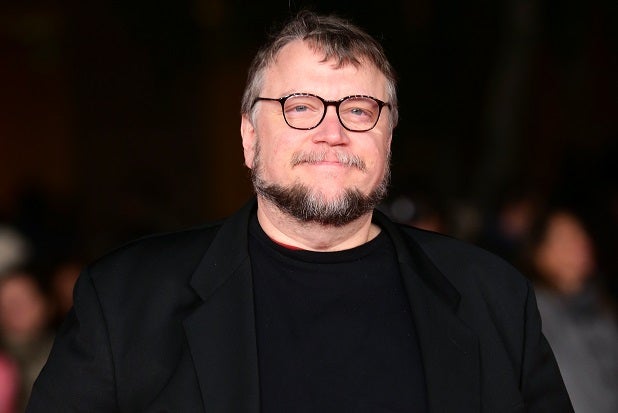 It was one of several opening dates announced by the studio. The others:

The Liam Neeson action film “A Walk Among the Tombstones” will come out later this year on Sept. 19; Legendary Pictures’ psychological thriller “As Above, So Below” will debut on Aug. 15 and the supernatural tale “Ouija” is set for Oct. 24 of this year.

Also read: Touchdown! How Movies Can Score at Box Office Even on Super Bowl Weekend

Next year, the 3D mountain climbing saga “Everest” will debut in theaters and on Imax on Feb. 27 and college singing sequel “Pitch Perfect 2” is set to roll out on May 15, 2015.

“Crimson Peak” is a co-production of Legendary Pictures and Universal and stars Mia Wasikowska, Jessica Chastain, Tom Hiddleston and Charlie Hunnam. Del Toro and Matthew Robbins teamed up for the screenplay.

Based on Lawrence Block’s bestselling series of mystery novels, “A Walk Among Tombstones” stars Neeson as an ex-NYPD cop who agrees to help a heroin trafficker (Dan Stevens) hunt down the men who murdered his wife. Scott Frank (“The Lookout”) wrote and directed.

“As Above, So Below” is a thriller directed by John Erick Dowdle and set in the twisting catacombs beneath the streets of Paris. It follows a team of explorers into the uncharted maze of bones. It’s produced by Thomas Tull, Jon Jashni, Drew Dowdle and Patrick Aiello.

In “Ouija,” a group of friends must confront their most terrifying fears when they awaken the dark powers of an ancient spirit board. Stiles White directs the supernatural saga produced by Platinum Dunes partners Michael Bay, Brad Fuller and Andrew Form (“The Purge”), Jason Blum, Bennett Schneir and Hasbro.

Also read: Can Naked Zac Efron and ‘That Awkward Moment’ Revive Rom-Coms for the Sexting Age?

The Barden Bellas return in “Pitch Perfect 2,” the follow-up to summer 2012’s sleeper hit about competitive college singing. The comedy will be directed by Elizabeth Banks, co-star and producer of the original film, and produced by Paul Brooks, Max Handelman and Banks.