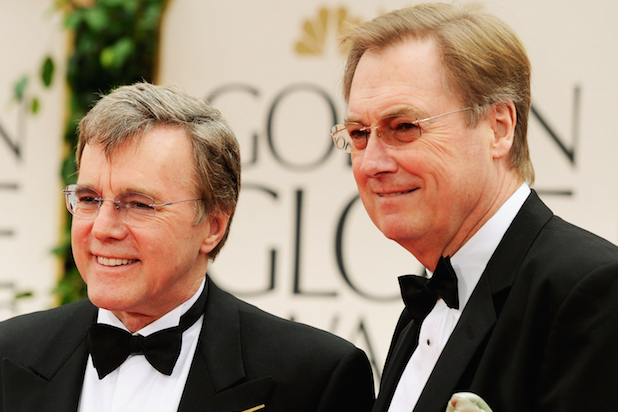 Exclusive Media co-founders Nigel Sinclair and Guy East have reached a deal that will see them exit the film finance and production company they helped build to create a new venture dubbed White Horse Pictures.

Sinclair and East’s exit clears the way for Chief Operating Officer Marc Schipper to be become CEO of the company. His promotion is effective immediately. Schipper will be at the helm as Exclusive moves away from producing films towards becoming a company that is primarily focused on film sales. To that end, Alex Walton, president of international sales and distribution, will remain at Exclusive and continue to play a key role in its leadership, according to an individual close to the company.

Sinclair and East plan to take three creative executives from Exclusive and a base of library titles. The executives they’ve chosen are from the Millennial Generation, a demographic they are eager to tap into. The partners plan to make high-quality content, but that may be of the feature film, television or digital variety, according to individuals with knowledge of their plans. Some of these projects will be produced in conjunction with Exclusive Media.

As part of the deal, Sinclair and East get to keep or produce a number of projects they have been developing, such as an adaptation of Conn Iggulden’s “Emperor” series about Julius Caesar’s early years, a biopic about The Who drummer Keith Moon, and a big screen version of Gillian Flynn’s “Dark Places.” The latter two projects will be produced with Exclusive.

Sinclair and East will not get to take the name of documentary films division, Spitfire Films, with them from Exclusive, but they will retain ownership of a handful of library titles.  Under the separation agreement, the company’s primary investor Dasym Media will retain rights to horror label Hammer, in addition to its controlling stake in Exclusive.

White Horse Productions will not be involved in film sales. It will be focused on content development, the individuals said. East and Sinclair have been approached by possible financiers since word of their impending exit began playing out across the Hollywood trades, however, they have yet to nail down a new backer.

The shakeup at Exclusive was initiated at the behest of Dasym Media in the wake of the roughly $20 million in losses the company was forced to shoulder on last year’s race car drama, “Rush.”

Though Exclusive has been successful at selling the foreign distribution rights to films and produced several critically acclaimed films, including “End of Watch,” some of the movies they have produced delivered weak box office results. This past year, Exclusive also lost money on “Parkland.”

Exclusive has laid off roughly half of its production staff and will likely see more cuts as it transitions into being more of a sales company. It still has a number of films it is involved with at various stages of production.

Its upcoming slate of releases includes “Begin Again” with Keira Knightley, “Jane Got a Gun” with Natalie Portman and “A Walk Among the Tombstones” with Liam Neeson. Through Hammer, the company will release “The Quiet Ones” and a sequel to “The Woman in Black.”  Hammer will continue to be in the production business despite the changes at its parent company. It will produce roughly two films a year.

Exclusive boasts a library of 1,000 titles, according to an individual close to the company.