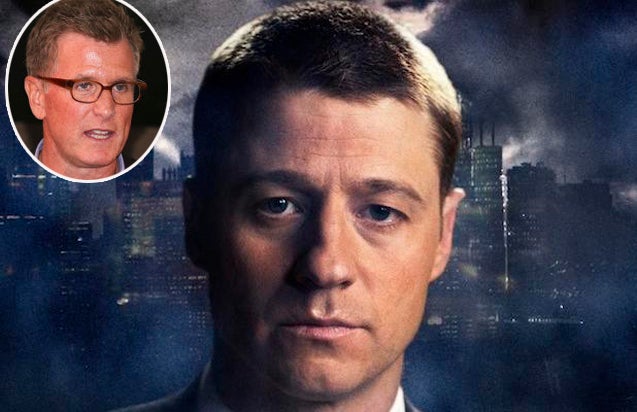 Four months ago, Fox entertainment chief Kevin Reilly stood beneath an illustrated tombstone reading “R.I.P. Fox ‘Pilot Season’ 1986-2013” — and declared an end to the system that broadcast networks have used for decades to choose new shows.

But this week, at the height of that season, Fox has ordered three new shows — including “Gotham,” the Batman prequel that is already one of the most-anticipated shows of the fall.

Was Fox’s pledge to sit out pilot season a lie? A head fake to trick its competitors? A plan Fox just couldn’t stick to?

None of the above, Fox believes. In the network’s view, the new series orders are an exception to the new way of doing things, which calls for ordering shows and airing them year-round, rather than following the traditional pilot season calendar. The best example of Fox’s year-round approach is the decision to premiere “24: Live Another Day” this week, near the start of the summer instead of in the fall.

Also read: Fox’s Kevin Reilly Says Broadcast and Cable Are ‘All in the Same Game,’ Traditional Season Is Dead

Reilly stressed in January that he wasn’t abandoning the idea of making TV pilots to gauge whether an entire series could be successful. He was simply doing away with the traditional pilot season calendar.

That decision was significant because the calendar is one of the only television traditions “that goes back 50 years,” Brad Adgate, research director at Horizon Media, told TheWrap.

“They start ordering pilots in January or February, then they start casting in March, and March and April they’re filming the pilots and the network executives are seeing the dailies, and they get a pilot together and make a decision whether to greeenlight it or drop it,” Adgate said.

Also read: Who Has TV Greenlight Power in Hollywood? A Broadcast Network Guide

The networks announce what shows they will air the following season at their upfront presentations to advertisers. This year’s upfronts are next week.

But Reilly told TV critics in January that the old system no longer makes sense. Broadcasters are

competing with hundreds of cable networks — plus streaming services — that develop and air shows year-round. He said it was no longer smart for networks to demand that all the TV creators in Hollywood present their best work at once.

“If they’re out there doing the same thing at the same time, they’re all going after the same people,” Adgate said.
It’s easy to see why Reilly, who served previously as president of FX, would prefer cable’s approach. It often involves year-round development and ordering shows straight to series with no pilot.

Fox’s flurry of series orders this week may make it seem like Fox is still very much in the thick of the old system. (Besides ordering “Gotham” Monday, it ordered both the Lee Daniels hip-hop drama “Empire” and the Steven Spielberg hospital drama “Red Band Society” on Tuesday.) It may also order a comedy or two.

But that’s probably it for Fox. Its rivals, meanwhile, are likely to pick up a dozen or more shows in the next week.

And Fox has already made good on its promise to order more shows year-round. Long before this week, it had already picked up eight upcoming shows, including the comedies “Mulaney” and “Weird Loners.” On Wednesday, it ordered extra episodes of the promising “Mulaney,” starring former “Saturday Night Live” writer and standup John Mulaney. That may have added to the sense that Fox is very much in the pilot game.

But despite Fox’s burst of news, by the time the dust settles next week it will have picked up fewer products of pilot season than most, if not all, of its rivals.

Fox’s pilot season isn’t completely buried — but it does have at least one foot in the grave. Whether it will give up on the pilot system for good depends, said Adgate.

“Whether this is an aberration or a trend will depend on whether Fox is successful this season,” he said.