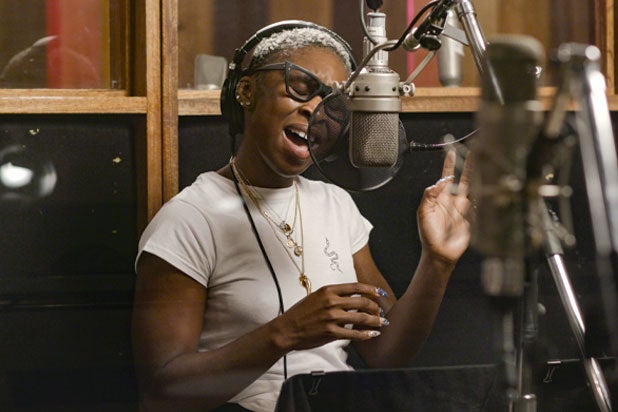 A version of this story about Cynthia Erivo and “Harriet” first appeared in The Race Begins issue of TheWrap’s Oscar magazine.

Cynthia Erivo’s first and biggest job on “Harriet” was unquestionably to play the title role of Harriet Tubman. But when director Kasi Lemmons decided that the end credits needed a song, Erivo volunteered to take on a second role.

“In my heart of hearts I wanted to be a part of that,” said the Tony-winning star of 2015’s Broadway revival of “The Color Purple,” “because music is a second language to me and I thought I could give something to this song.”

To start, the producers played her a song that had been written by Joshuah Brian Campbell, “Joshuah had written something that they loved, but it needed something else to feel like it was part of our movie,” she said. “I asked if we could go into the studio and rewrite it together. I wrote something on my own that didn’t feel quite right, he wrote something — and the combination of the two of us, plus my knowledge of what was in the movie, was what we needed.”

Also Read: 'Harriet' Screenwriter Says a Studio Exec in 1994 Wanted to Offer the Role of Harriet Tubman to Julia Roberts

The song they came up with is “Stand Up” — and the song’s gospel feel, she added, may have been inevitable. “It just sort of happened that way,” she said. “I think there’s a connection to the past, to the ancestors, that’s embedded in the sound of gospel.”

Considering that she had spent months channeling Harriet Tubman for her performance in the film, it’s reasonable to suspect that Erivo might have been pretty demanding when it came to a song that would sit at the end of the film. And that would be accurate, she said.

“I was probably a pain to most people because I was so specific about what I wanted to hear and what I wanted to do,” she said. “I had gone on a journey with this piece, and I knew how much it meant to me and to everybody.”

And, of course, she wanted more time to work on the song than she had. “Getting it ready to be performed was the hardest,” she said. “If you could sit in a studio forever and work on a song, I would — but we had deadlines, and I only had a couple of days.”