Harvey Weinstein will finally be extradited to California, after numerous delays, where he is facing 11 sexual assault charges involving five women in Los Angeles and Beverly Hills.

An Erie County judge, Kenneth F. Case, made the ruling Tuesday that Los Angeles County authorities could claim custody of Weinstein, according to the Los Angeles Times and local reports.

Weinstein’s lawyers had for months fought efforts to bring him to California, and his extradition had been delayed repeatedly, including due to the COVID-19 pandemic and also because of claims that the L.A. County district attorney’s office had an issue with his extradition paperwork that had since been resolved. 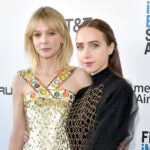 It now sets up a new trial in which Weinstein, who faces up to 140 years to life in prison if convicted. The charges, which include rape and sexual battery, stem from five incidents that took place between 2004 and 2013.

Harvey Weinstein is currently incarcerated at the Wende Correctional Facility after being found guilty of rape and a criminal sexual act in February 2020. Weinstein was sentenced to 23 years in New York state prison.