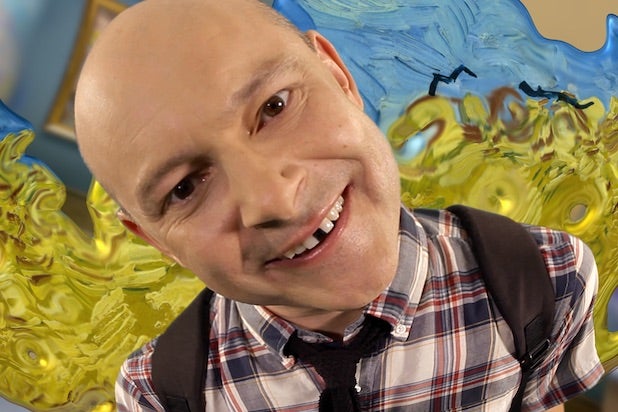 “Have a Good Trip,” a documentary that premieres on Netflix on Monday, May 11, is a history lesson about the way that hallucinogenic drugs were once used in military testing by the U.S. government.

And it’s a discussion of why hallucinogens like LSD have the potential to be used to fight a wide array of conditions, including PTSD, depression and addiction.

But really, if you want to see “Have a Good Trip,” it’s not because of those things. It’s because this is the movie where famous people talk about their most memorable experiences while on drugs.

So Sting describes helping a cow through a difficult birth on his farm while under the influence of peyote. Bourdain talks about an LSD/Quaalude party that resulted in a dead girl on the floor of his motel room (except that, whew, she wasn’t dead after all). Fisher details the time, at the height of her Princess Leia fame, when she dropped acid while sunbathing topless on a beach in the Seychelles and then found a busload of Japanese tourists snapping photos. A$AP Rocky says while having sex on LSD, a rainbow shot out of his penis — “and I don’t even like rainbows.”

Of course, it wouldn’t do just to have talking heads describe these events — and that’s where “Have a Good Trip” runs into difficulties.

The filmmakers, after all, are well aware that depicting drug experiences on screen is a tricky thing indeed. At one point, actor and comedian Steve Agee, talking about every acid trip he’s ever seen portrayed in a film, declares, “They have never, ever nailed it.”

And while “Have a Good Trip” tries really, really hard to not fall into the usual traps that make putting hallucinatory experiences on screen look silly, it can’t help itself. Despite psychedelic animated sequences, and despite purposefully ridiculous re-enactments — one featuring Rob Corddry playing a young Paul Scheer, followed by one with Scheer playing a young Corddry — it runs smack into one inescapable fact: the things that people are describing are always weirder and wilder and probably more interesting than what we’re looking at.

No matter what Conick and his team does, their animated sequences and re-enactments can’t help but be more conventional and mundane than the stories they’re trying to illustrate — which is OK when they’re deliberately recreating a cheesy anti-drug propaganda film, less so when they’re tackling lysergic-laced sagas from the array of celebrity trippers.

Yes, the bargain-basement look is a tacit admission that you really had to be there, but it’s still frustrating, and it gets wearying as the film goes on.

But despite that big shortcoming, you can learn stuff from “Have a Good Trip.” For instance:

To say those are important lessons, of course, is to suggest that viewers will walk away from “Have a Good Trip” wanting to try hallucinogens themselves. And, you know, some of them probably will. After all, who are we to doubt the enlightened likes of Sting and Deepak Chopra when they attest to the value of tripping? “I don’t think psychedelics are the answer to mankind’s problems,” Sting says at one point. “But they could be a start.”

And hell, even the bad trips described by Ben Stiller and Rosie Perez make for funny stories.

The film pays lip service to the idea that these drugs are not for everybody — but since the whole point is to spin fun anecdotes and to mock anti-drug public service announcements, that message does tend to get a little lost along the way.

But then, so does everything else except the feeling of “Hey, (fill in the name) sure has got a good drug story!”