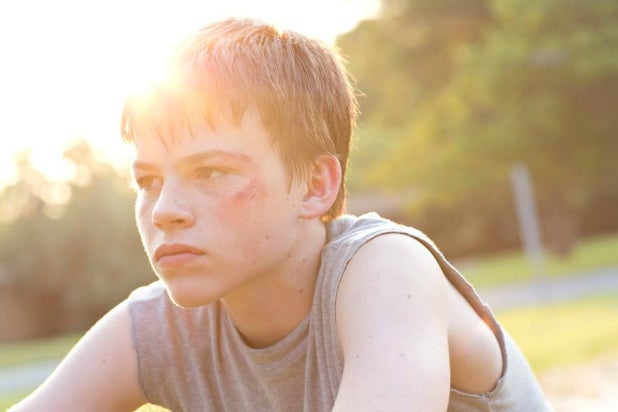 Every unhappy family is different, to paraphrase Tolstoy, but a lot of movies about unhappy families seem very much the same. Anyone who regularly attends Sundance or South by Southwest has had a steady stream of films about sensitive young boys lashing out against neglectful (or dead) parents and trying to escape their impoverished circumstances.

You can almost imagine a kit that includes the basic characters, while expansion packs offer the Concerned But Ineffectual Social Worker/Counselor/Teacher/Policeman, the Sadistic Clergyman and the Loose Cannon Best Friend Who Finds a Gun, all sold separately. Not that these stories can’t make for terrific movies: from classics like Steven Soderbergh‘s “King of the Hill” to the moving “Mud” and “Joe” to the fascinatingly oddball “Kid-Thing,” it’s a formula that can deliver.

See video: ‘Hellion’ Trailer: Aaron Paul Must Get His Son Back From Child Protective Services (Video)

The fact that it is a formula is what makes it harder and harder to stand out in this troubled-tween genre. There are only so many versions of “The 400 Blows” you can watch without them all blurring together. (Take one down, pass it around, 399 Blows on the wall.)

Which brings us to “Hellion,” a film that hits its marks competently without ever making you forget your familiarity with every stop along the road.

Young Jacob (Josh Wiggins, fresh-faced and empathetic in his screen debut) runs around with a group of troublemakers in a small Texas town. When he’s the only one caught after his crew vandalizes and destroys a pick-up truck at a football game, Jacob is threatened with juvie, but he’s even more upset when his dad Hollis (Aaron Paul) takes away his beloved dirt bike.

Father and son don’t have the best of relationships; after the death of Jacob’s mother, Hollis went off on a bender, leaving Jacob and younger brother Wes (Deke Garner) in the care of their aunt Pam (Juliette Lewis). Wracked with grief, Hollis spends more time trying to fix up their old house in Galveston (damaged in the storm that took his wife’s life) than in raising his two motherless boys.

After Child Protective Services visits and sees Hollis’ empty beer cans littering every room, Wes is sent off to live with Pam. Jacob thinks that by winning an upcoming motocross race, he can reunite his family and find meaning in his life, but writer-director Kat Candler (adapting her short of the same name) makes it clear that there are no quick fixes for these damaged people.

Giving credit where it’s due, “Hellion” does many things right, from the naturalist, sun-baked cinematography by Brett Pawlak (“Short Term 12”) to the realistic portrayals that Candler gets out of her cast, especially the kids. (“Hellion” captures the awkwardness of children learning to incorporate profanity into their everyday speech as well as any film I’ve ever seen.)

Wiggins never veers too far toward either brattiness or soulfulness, instead letting us feel Jacob’s hurt and loss even when he tries to hide behind a tough veneer. Garner and Lewis have a sweet rapport, and Paul, after the debacle of “Need for Speed,” gives the kind of subtle performance that suggests a future on the big screen alongside the small.

If only Candler had trusted her characters enough to carry the story without the need for the requisite Act One gun and Act Three firing of same. A little more deviating from the playbook would make “Hellion” stand out more amidst an ever-growing pack of similar films.