Ahead of the biannual D23 Expo fan event this weekend, Disney released the first look of its upcoming “Star Wars”-themed Disneyland and Disneyworld expansions — in the form of a huge model on the main convention floor.

Taking to the “Star Wars” Twitter account, Disney showed off four shots of models for Star Wars Land, the 14-acre expansion coming to Disneyland that’s set to open in 2019. Up to now, we’ve only seen concept art of the “Star Wars” theme park.

“Both Star Wars-inspired lands will transport guests to a never-before-seen planet, a remote trading port and one of the last stops before Wild Space, where Star Wars characters and their stories come to life,” Disney’s blog post about the expansion explains.

“Here, guests will find themselves in the middle of the action at two signature attractions: one that lets guests take the controls of Millennium Falcon on a customized secret mission, and an epic Star Wars adventure that puts guests in the middle of a climactic battle between the First Order and the Resistance,” it goes on.

Disney previously shared a little information to go with some concept art of the Star Wars land parks. It described some of the hidden details visitors could expect to see when they attend.

“Nestled between towering spires of rock, this thriving port contains a seemingly familiar architecture of markets, landing zones and buildings,” Disney wrote in that blog post. “Look closely and you may find hints of some of the thrilling experiences that are coming – like the Millennium Falcon peeking out of one of the cargo bays, marking the location where guests will get the opportunity to pilot the fastest hunk of junk in the galaxy.”

Disney also said it would announce more information about the park expansion over the weekend at D23, and it may well have more to say about another park expansion, its “Avatar”-themed park. There’s no exact date for Star Wars Land opening, so that could be some of the information Disney drops during the fan expo as well.

See full-size versions of the images below. 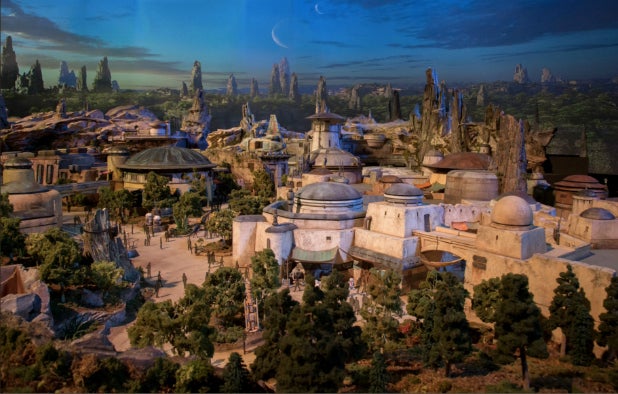 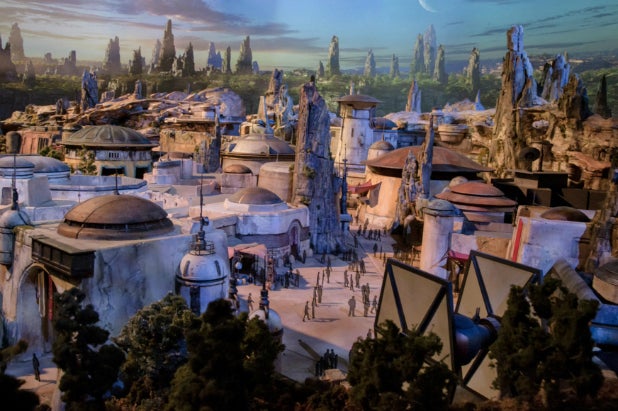 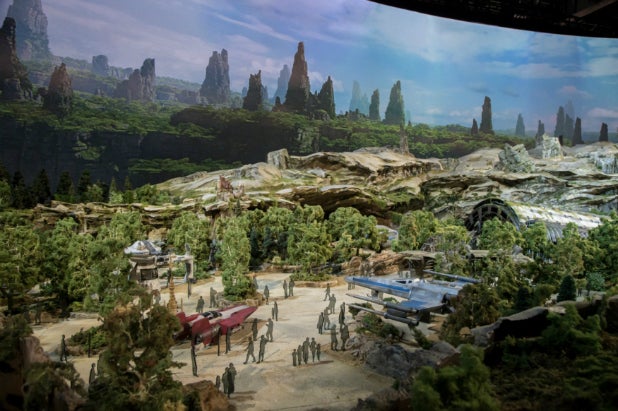