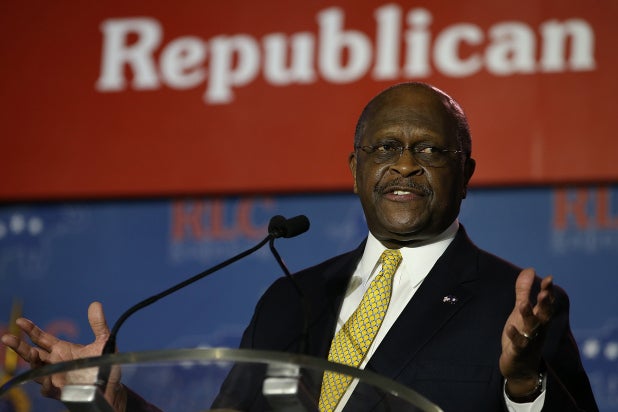 The subscription-based online Herman Cain Channel, where the former presidential candidate oversees all posted content, went live Monday on TAPP’s platform. Content includes daily videos and commentary on issues, excerpts from Cain’s nationally syndicated radio show and segments on his personal journey, which took him “from modest beginnings to the heights of American business and politics,” according to a press release.

“My new channel is all about digging deeper into real solutions for the economic and spiritual problems facing America today,” Cain said. “I’m looking forward to mixing it up with my members face to face, in a way we can’t do on the radio or campaign trail — and doing so with humor and hard facts.”

“We’re delighted to expand the TAPP roster with a personality whose following is as passionate as Herman Cain’s,” added TAPP co-founder Jeff Gaspin. “His millions of listeners and social media followers will now be able to get to know and interact with Mr. Cain in a deeper and more meaningful way.”

Investors in TAPP include Discovery Communications, as well as individuals including investment bankers Ken Moelis and Peter Ezersky. They were recently joined by Luminari Capital, a Silicon Valley venture fund founded by Daniel Leff to invest in disruption and innovation in the digital video ecosystem.

Following a seven-day trial, subscription for the Herman Cain Channel is set at $9.99 per month, or $99.99 for a full year.